After the image of Communist China's founding leader, Mao Zedong, made a strange appearance at the Tokyo Olympics, the IOC said it is "looking into the matter." 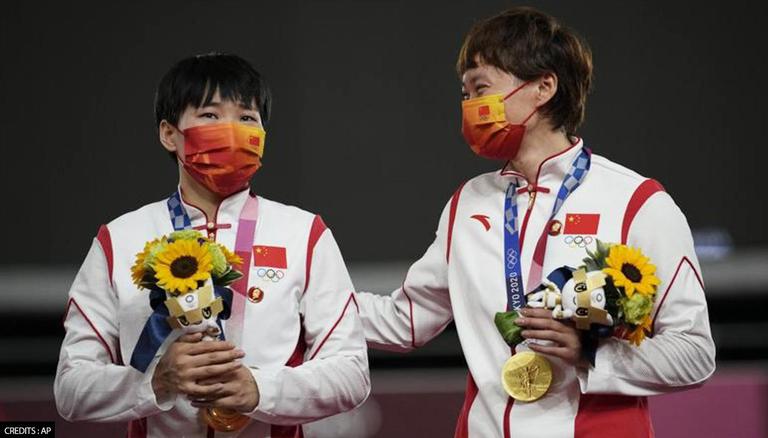 After the image of Communist China's founding leader, Mao Zedong, made a strange appearance at the Tokyo Olympics, the International Olympic Committee (IOC) said on Tuesday that it is "looking into the matter." The Mao pin badges, worn by two Chinese gold medalists, could breach Olympic Charter Rule 50. As per this rule, political statements on the podium of the Tokyo Olympics is prohibited.

After winning the women's sprint in track cycling on Monday, China's Bao Shanju and Zhong Tianshi wore pin badges of Mao Zedong. Mao is the communist leader who is the proclaimed founder of the People's Republic of China in 1949. The Chinese communist revolutionary remains a tall figure in the country even 45 years after his death in 1976.

The incident of China's athletes wearing Mao Zedong badges came about one day after America's shot-put silver medalist Raven Saunders, who was standing next to China's gold medalist, crossed the wrists of her raised arms on the podium. As a result of Saunders' gesture, it remains unclear if the Mao pins were a response to the shot-put medal ceremony.

READ | Tokyo Olympics: Learn about the significance of flower bouquet for Olympic medalists

Speaking of the incident at a daily news conference at the Tokyo Olympics, IOC spokesman Mark Adams said, "We have contacted the Chinese Olympic Committee, asked them for a report about the situation." During the shot-put medal ceremony, Saunders was at threat of breaching the limits of Rule 50 as she crossed her wrists to make a shape of an X. In order to explain her actions, Saunders said, "It’s the intersection of where all people who are oppressed meet."

Saunders made the gesture while facing the Chinese flag during the national anthem playing for Gong Lijiao. The United States' Olympic body is not taking any actions against Saunder as they believe she "was respectful of her competitors and did not violate our rules related to demonstration." However, the IOC has reportedly asked the U.S.' team officials for more details.

The International Olympic Committee for long has maintained its stance of remaining politically neutral. However, the rule prohibiting all athlete protests in Olympic venues was eased in the weeks before the opening ceremony with the intention of allowing athletes to test the limits. As per the current rules, gestures and statements are now permitted at the start line or before a game, but not during competition or at medal ceremonies. For example, several women's soccer teams kneeled on the field before kickoff on the first day of the Tokyo Olympics in an attempt to protest against racism.