The Indian football community has wished all the best to the Indian athletes traveling for the upcoming 2020 Tokyo Olympics starting July 23. 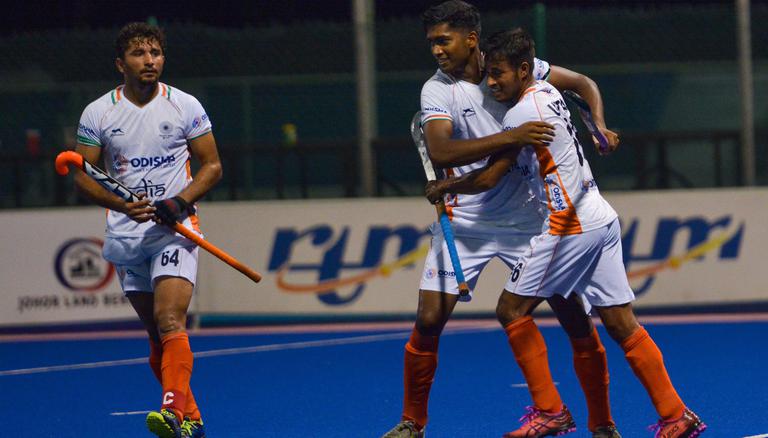 
The Indian football community gave best wishes to the Indian Olympic contingent ahead of the upcoming 2020 Tokyo Olympics. Athletes from around the country are getting ready for the Tokyo Games that will begin on Friday, July 23. In an All Indian Football Federation (AIFF) TV show, that was hosted by the Indian women's football team goalkeeper Aditi Chauhan, the Indian football community got a deeper insight about preparations of Indian men's hockey team from goalkeeper PR Sreejesh.

"It (the preparation) started almost two years back, after the World Cup in Odisha was over. Fortunately, or unfortunately, we got an extra year, so the preparation is a bit different this time," Sreejesh said on AIFF TV. "Generally we travel a lot and play a lot of practice matches. We do a lot of acclimatisation to the climate. But this time we have been camping in Bengaluru for the past one and a half years." "We have had hardly any time to meet our families. We have been training hard, and we've been working on different strategies, analysing our opponents as well," explained Sreejesh.

The Indian men's hockey team, currently ranked fourth on the FIH World Rankings, have been drawn in Pool A at the Olympics, alongside the likes of hosts Japan, Argentina, Australia, New Zealand and Spain. The Indian keeper went on to state that the preparation for the Olympics this time has been more of a journey of "self-realisation" for the players. "Whenever any of the teams have played any match, we have been watching. We've also watched our own videos and tried to figure out our strengths and weaknesses. This one and half years have been about other," he informed. The Indian women's hockey team, on the other hand, have been drawn in Pool A of their respective competition, and are ranked tenth on the FIH World Rankings.

Sreejesh believes that the women's hockey team can win in Olympics

Sreejesh believes that there's a good atmosphere in the women's team and that they can prove to the world that they are amongst the best. "They (the women's hockey team) are experienced enough. I believe they carry a good atmosphere wherever they go, and they will prove that they are one of the best teams," he said. "They have been playing well, and if they continue that in the Olympics they can win," he added. "It can be tricky, once you get to the Olympics. It's an absolute pressure cooker situation. You always go into the Olympics with a lot of expectations - expectations from fans and expectations from your family. Especially your family, because they want their kid to win something over there. The thing is, the ones who do well on the day, are the ones who turn out to be the champions," he averred.