Tokyo Olympics organisers are making sure that athletes get proper, nutritional meals as per their needs in the Games Village ahead of their competitions 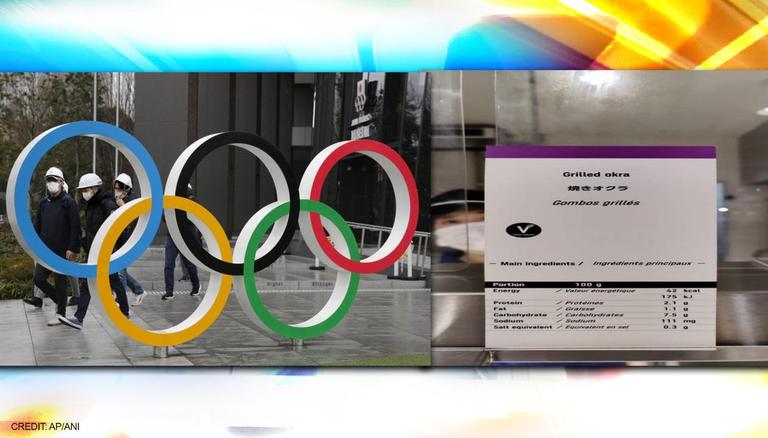 
The upcoming Tokyo Olympics is just 5 days away and the organisers are making sure that athletes get proper, nutritional meals as per their needs in the Games Village so that they could remain in the best of shape during the showpiece event. The food items being administered to the athletes have a proper division of nutritional value. Athletes can check the protein, fat, or carbohydrate content present in the meal before picking up what to eat.

An 88 member Indian contingent including 54 athletes arrived in Tokyo on Sunday for the upcoming Olympic Games which commences from July 23. Athletes and support staff in eight disciplines Badminton, Archery, Hockey, Judo, Swimming, Weightlifting, Gymnastics, and Table Tennis arrived in Tokyo. On arrival, they have tested the Tokyo airport with the Badminton and Table Tennis contingent being cleared to travel to Games Village.

The first batch of the Indian athletes was given a formal departure on Saturday from the Indira Gandhi International Airport. Anurag Thakur, Union Minister for Youth Affairs and Sports, and Nisith Pramanik, Minister of State, Ministry of Youth Affairs and Sports addressed the players and gave them best wishes. The ceremony was also attended by Narinder Dhruv Batra, President of Indian Olympic Association; Rajeev Mehta, Secretary-General, Indian Olympic Association, and Sandip Pradhan, Director-General, SAI among others. The event was only attended by dignitaries and other officials who had a negative COVID test report to ensure the safety of the players.

As per the International Olympic Committee rulebook, the athletes will be tested for COVID-19 at least once every four days and those found positive will be sent out from the competition. The games, which begin on July 23 are slated to go until August 8 this year. The games were postponed last year amid the COVID-19 restrictions.