Amid increasing pressure against the Japanese government to cancel the Tokyo Olympics, a top Japanese publication-cum-sponsor has also joined the protests. 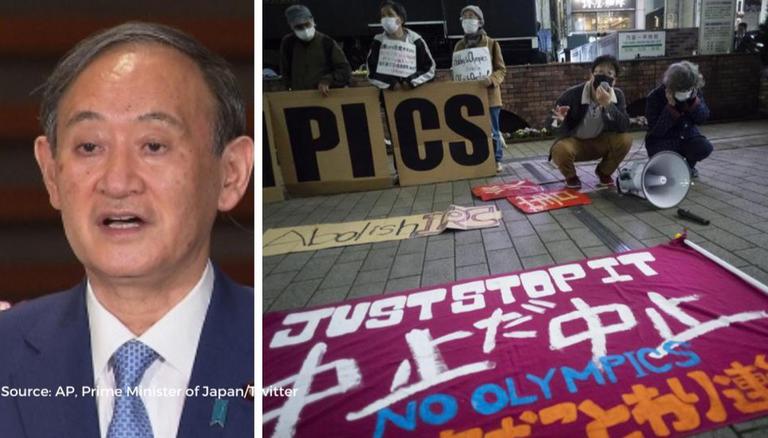 
The scheduling of the Tokyo Olympics for long has been the major talking point as Japan's Prime Minister Yoshihide Suga has been urged to cancel the games by several groups. Now it seems that a top Japanese publication and sponsor of the games, newspaper Asahi Shimbun, has also joined the groups opposing the games that are scheduled to open in less than two months. The Tokyo Olympics 2021 dates are 23 July to 8 August.

Asahi Shimbun is one of the first major Japanese newspapers to make a move and join some regional newspapers to oppose the upcoming Tokyo Olympics. Asahi's opposition against the Olympics is significant since the newspaper is also a major sponsor of the postponed Tokyo Games. The newspaper is one of about 70 local Olympic sponsors that have contributed almost $3.5 billion to the organizing committee budget.

With the publication typically being liberal-leaning, it has often opposed the ruling party led by Prime Minister Suga. Regarding the cancellation of the Tokyo Olympics the newspaper wrote, Distrust and backlash against the reckless national government, Tokyo government and stakeholders in the Olympics are nothing but escalating. We demand Prime Minister Suga to calmly evaluate the circumstances and decide the cancellation of the summer event."

READ | Tokyo Olympics 2021 to go ahead even if city is under a state of emergency amid COVID: IOC

Despite there being widespread opposition from not only the newspaper but also worldwide medical groups, there is no indication that the International Olympic Committee (IOC) or local organizers have any plans to cancel the Tokyo Olympics. Local medical officials for long have voiced their opinions against the games. And now it seems that the British Medical Journal has also called the Japanese government to have a hard look at going forward with the Tokyo Olympics.

Meanwhile, billionaire businessman Masayoshi Son went to the extent of saying that the IOC was forcing the Olympics on Japan. "Right now, more than 80% of the nation's people want the Olympics postponed or cancelled. Who is forcing this to go ahead, and under what rights," asked Son?

Are the Tokyo Olympics cancelled? IOC says they will go ahead with the games even if a state of emergency arises

Asahi along with several others have criticised the IOC by calling it "self-righteous" and also slammed their vice president John Coates. When Coates was asked last week if the Tokyo Olympics would be held in a state of emergency, he replied, "Absolutely, yes." As a result, the newspaper said that there was a "huge gap" between what Coates said and the sentiments of the Japanese people. The publication also added that they were willing to sponsor the games despite the "overgrown size and excessive commercialism and many other problems," because of the "empathy for its ideals." However, they too were now beginning to question their own presumptions.

According to public opinion polls in Japan, 60-80 % want the Tokyo Olympics cancelled because of the COVID-19 pandemic. The state of emergency in Tokyo, Osaka, and other regions of the country, is likely to be extended past its May 31 expiration. As per the Japan Times, the Tokyo coronavirus cases reported on Wednesday are 743, which is only marginally lower than the 766 cases that were reported last Wednesday. With the Olympics 2021 dates approaching it remains to be seen if the games are indeed cancelled or not as opposition continues to increase.