Indian athlete Mirabai Chanu on Saturday created history as she became the first Indian weightlifter to win a silver medal at the Olympic Games. 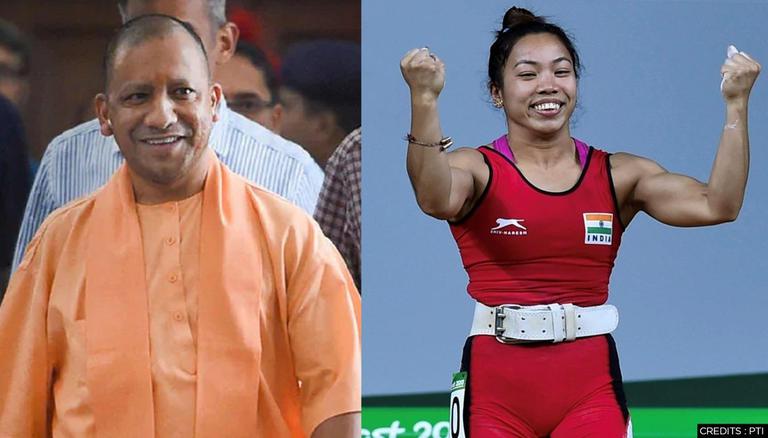 
Indian athlete Mirabai Chanu on Saturday created history as she became the first Indian weightlifter to win a silver medal at the Olympic Games. Chanu won the silver medal in the Women's 49 kg category, lifting 202 kgs. Chanu is receiving a flood of congratulations on social media for her incredible achievement. Yogi Adityanath, the Chief Minister of Uttar Pradesh, congratulated the Manipur weightlifter after news of her silver-medal performance broke in India early this morning.

"Today, India's mother power has once again made the country proud on the global stage. Today at @Tokyo2020, @mirabai_chanu won a silver medal for her amazing skills, making the country proud. Hearty congratulations!" CM Yogi wrote on Twitter.

Could not have asked for a happier start to @Tokyo2020! India is elated by @mirabai_chanu’s stupendous performance. Congratulations to her for winning the Silver medal in weightlifting. Her success motivates every Indian. #Cheer4India #Tokyo2020 pic.twitter.com/B6uJtDlaJo

The way you have transformed yourself after your injury and clinched a historic silver for #TeamIndia is absolutely stupendous.

You have made 🇮🇳 very proud. #Tokyo2020 #Olympics pic.twitter.com/pacYIgQ7LK

Ghazab.
Bhartiya Naari Sab par Bhaari.#MirabaiChanu , remember the name.
Thank you for making us all proud @mirabai_chanu , and winning us a Silver at the Olympics. Many more to come. #Tokyo2020 pic.twitter.com/2KQwMvNuRz

The efforts our Olympic athletes take for years to be on that podium is mind blowing. Wonderful accomplishment by @mirabai_chanu 👏👏👏 #Olympics

At the Tokyo Olympics 2020, Mirabai Chanu started the competition by lifting 84kg in her first attempt during the snatch event. Chanu's competitor Jourdan Delacruz from the USA lifted 83kg in her first attempt, however, the Indian lifter upped her ante to lift 87kg in her second attempt, while Delacruz in her second attempt lifted 86kg. World Champion Hoi Zhuihui topped the standings at the halfway mark after lifting 92kg in her two attempts.

Both Chanu and Delacruz failed to lift 89 kg in their third attempt allowing the Chinese weightlifter to stay top of the table. Zhuihui made a new Olympic record in the snatch by lifting 94kg in her third and final lift. Mirabai Chanu finished the event with a total lift of 202 kg and bagged the silver medal.