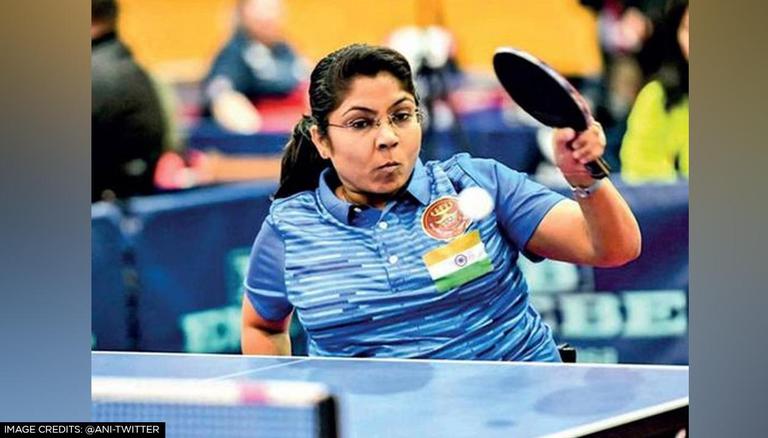 
India's paddler Bhavinaben Patel on Friday scripted history at the Tokyo Paralympics as she became the first Indian to enter the semi-final with a dominating win over World Number 2 Borislava Rankovic of Serbia in the women's singles Class 4 event. Bhavinaben Patel, 34-year-old beat her Serbian opponent by 11-5, 11-6, 11-7. By the virtue of her win, Bhavina Patel is assured of a medal at the marquee tourney- India's first at the ongoing Paralympics.

Athletes in the Class 4 category have fair sitting balance and fully functional arms and hands. Their impairment may be due to a lower spinal cord lesion or cerebral palsy.

⭐1st Indian to secure a #ParaTableTennis medal
⭐Lost her opening match and then won 3 in a row.
⭐In her quarter final match, she trailed just once.

Bhavina got off to a good start as she took the first game 11-5 in just 5 mins. She continued her surge in the second set and clinched it by 11-6.  Riding on that brilliant momentum, Bhavina again faced no resistance from the Serbian and sealed the match by an 11-7 victory in the third set.

READ | Tokyo Paralympics 2020: Who is Ibrahim Hamadtou? Table Tennis ace who plays with his mouth

Earlier on Friday, Bhavina qualified for the quarter-finals of the Tokyo Paralympics after a scintillating 3-0 win over Joyce de Oliviera of Brazil. Bhavina defeated Joyce in three straight sets 3-0 (12-10, 13-11, 11-6) to clinch the game and move into the next round