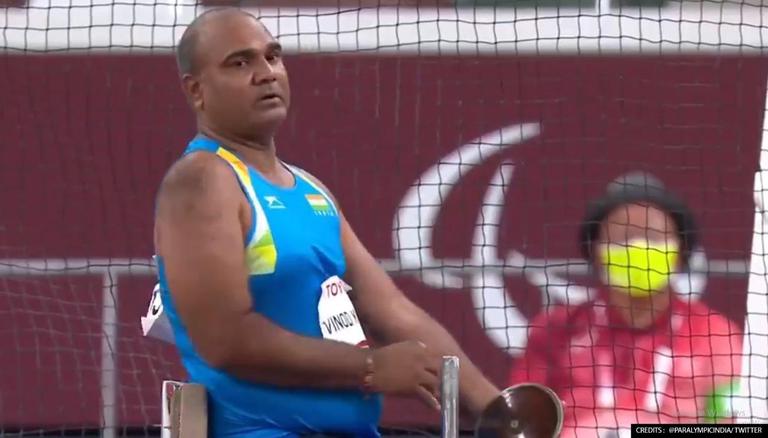 
While the entire nation of India and the Para athletes are celebrating the current success of medal winners at the ongoing Tokyo Paralympics, discus thrower Vinod Kumar will have to wait for the confirmation of his bronze medal following a protest over his disability classification. Kumar had earlier bagged India's third medal at the Tokyo Paralympics, by winning bronze in the men's discus throw final in F52 category.

As per reports Vinod's classification in F52, which is for athletes with impaired muscle power, restricted range of movement, limb deficiency or leg length difference, was done on August 22 by the organisers. It was not clear on what grounds the classification has been challenged.   An official statement from the Games organisers stated that "Results of this event are currently under review due to classification observation in competition. The Victory Ceremony has been postponed to the evening session of 30th August."

India’s Chef de Mission Gursharan Singh told PTI that Vinod Kumar’s medal stands for now. He said  “There was a protest from one country or maybe more than one, we don’t know as it can’t be revealed, that there could be issues on the classification done on Vinod before the start of Paralympics. Vinod’s result, that is his bronze, still stands and a decision is unlikely to come today as it is very late now. It’s expected tomorrow,”

Vinod had suffered severe injuries to his legs during his training period with the BSF in Leh, Ladakh in 2002, where he fell off a cliff and lost his limbs. Vinod, whose father served in the 1971 Indo-Pak war, was bedridden for 10-long-years before he decided to pursue a career in sports for the differently-abled.

The 41-year-old Kumar, who is playing in his maiden Paralympics Games, clinched the bronze with a throw of 19.91 in his fifth attempt. He sat in silver medal position after his throw until Croatia’s Velimir Sandor displaced him with a throw of 19.98. With defending champion Apinis Aigars of Latvia going last in the order it looked like the Indian para-athlete will miss the podium. But the 48-year-old veteran (Aigars) failed to deliver with his best attempt being 19.54m. Poland’s Piotr Kosewicsz won the gold medal with a throw of 20.02.