Mercedes and current F1 Champion Lewis Hamilton are considering whether or not to take an engine penalty in Turkey Grand Prix or at another race. 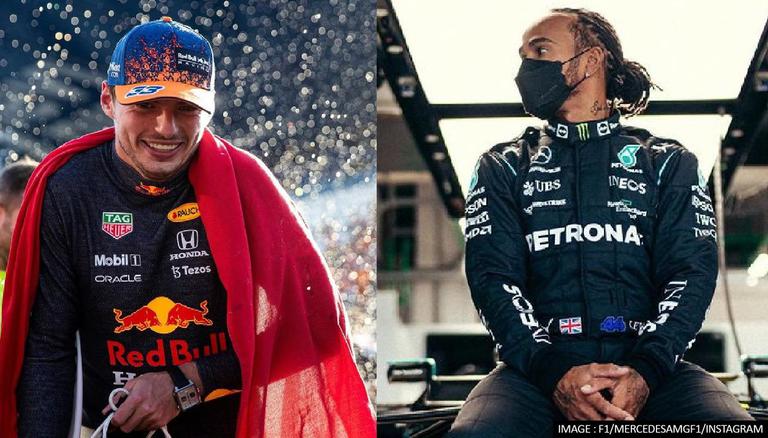 
Mercedes F1 driver Lewis Hamilton and Red Bull Max Verstappen are currently involved in a nail-biting race to lift the Formula 1 drivers championship. While Lewis Hamilton looks to retain the trophy, Verstappen is looking to end the Mercedes drivers dominance. Currently, Lewis Hamilton is two points ahead of Max Verstappen in the driver's champ[ionship points table and would look to extend the narrow gap by winning the upcoming Turkish Grand Prix. However, retaining the lead will only get tougher for the British driver as he is likely to start from the back of the grid. According to a report published by Express.co.uk Lewis Hamilton may take an engine penalty at the Turkish Grand Prix this weekend which only means that Max Verstappen has a strong chance to reclaim the lead of the Drivers' Championship. As per the report, both Mercedes and Lewis Hamilton are considering whether or not to take an engine penalty in Turkey or at another race.

Coming to Lewis Hamilton engine penalty the seven-time world champion has already used up the maximum permitted three engines this season and with seven races left of the year, will almost certainly have to use a fourth to avoid the possibility of breaking down mid-race and suffering a DNF. Verstappen has started at the back of the grid during the recent Russian Grand Prix in Sochi and finished second n the race. While Hamilton won the race and clinched his 100th F1 victory in the process, he still was not able to extend the lead over his opponent.

Comin got the Turkish GP schedule the race will take place on Sunday, October 10. The Istanbul Park circuit takes the place of the cancelled night race on the Singapore street circuit on October 3. Singapore dropped out on June 4, with F1 citing “safety and logistic concerns” caused by the coronavirus pandemic.

Turkey was originally a stopgap replacement for another cancelled race in Canada but was cut last month and replaced with the second race in Austria when Britain introduced tougher travel restrictions on Turkey. Most F1 teams are based in Britain. It will be the ninth edition of the Turkish Grand Prix. The race was held every year from 2005 through 2011 and was resurrected last year when other events were called off amid the pandemic. Lewis Hamilton won the 2020 race.

READ | 'He has many wins ahead': Hamilton consoles Lando Norris on Russian F1 GP heartbreak