The UFC 266 saw Alexander Volkanovski outclassing Brian Ortega in the main event to retain his UFC Featherweight Championship on Saturday. 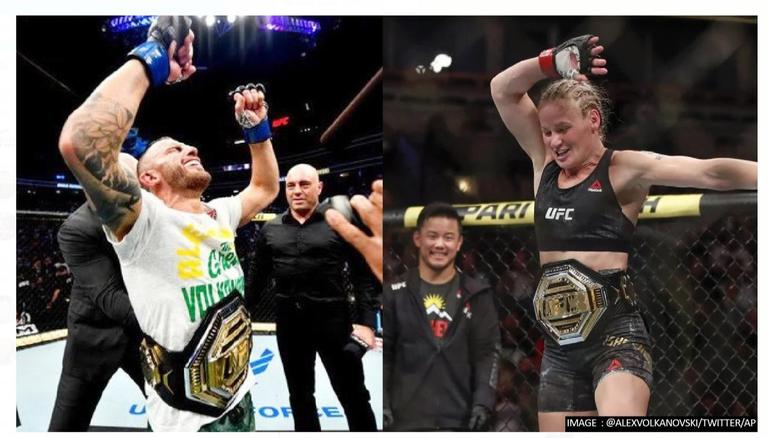 
Alexander Volkanovski outperformed his fierce rival Brian Ortega in the main event of UFC 266 that was held at  T-Mobile Arena in Paradise, Nevada, on Sunday. However, it took Volkanowski five rounds to get the better of Ortega in what turned out to be a brutal bout which eventually resulted in a unanimous decision victory for the UFC Featherweight Champion as he successfully retained his title.

It was expected to be an exciting fight as both fighters showed much aggression with their hard fists. However, the champion Volkanowski gained momentum after his challenger's face was busted open in the third round, and despite that, Brian Ortega did fight back and at one point had the champion locked in the guillotine choke and then the triangle choke but, Alexander Volkanovski proved to be too good for him and eventually picked up the win.

Apart from Alexander Volkanovski, Valentina Shevchenko also defended her Women’s Flyweight title successfully by defeating Lauren Murphy via TKO. Shevchenko dominated right from the word 'Go' as she retained her UFC women's flyweight title for the sixth time in the co-main event of UFC 266.

While Robbie Lawler came out on top on Saturday night, the focus was on Nick Diaz who was competing for the first time in over six years but more importantly, the return of the legendary mixed martial artist saw him locking horns with Lawler for the first time after their UFC 47 clash in 2004 when Diaz knocked out Lawler in the second round of the match. Nonetheless, the tables turned this time around as Lawler avenged his bitter defeat 17 years ago which was all the first-ever meeting between the two competitors.