On Monday, Sept 20 Union Minister of Youth Affairs & Sports Anurag Thakur will be interacting with the sports ministers of all the states to discuss the roadmap 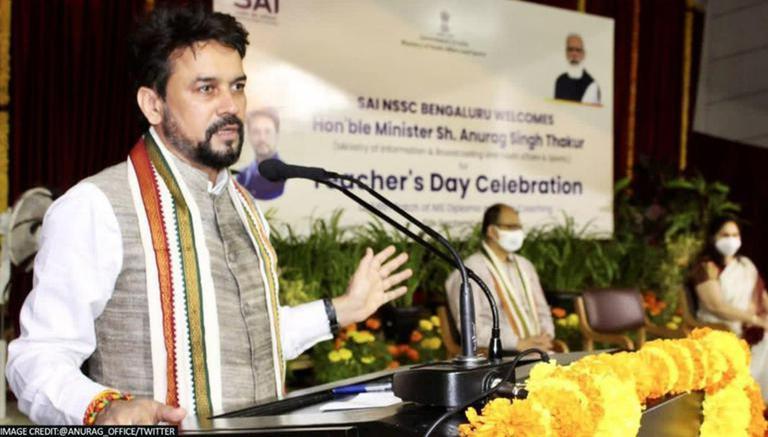 
As the Indian athletes recorded an extraordinary performance at the Tokyo Olympics and Paralympics, the Sports Ministry is making umpteen efforts to continue the winning run in the forthcoming tournaments and sporting events. On Monday, September 20, Union Minister of Youth Affairs & Sports Anurag Thakur will be interacting with the sports ministers of all the states to discuss the roadmap and strategy going forward.

The sports minister is likely to discuss the flagship programs launched by the government - Khelo India and Fit India. Thakur has also urged the state governments to organise more sporting events in rural and urban areas to identify the sporting talent at the grass-root level.

Another big topic of discussion will be the encouragement of school-level sports and support for the School Games Federation of India (SGFI). The states and UTs would also be asked to construct a pool of monetary awards for the athletes, with funding coming from both the Union and State governments.

At present, India has 24 Khelo India State Centres of Excellence (KISCE) spread throughout 23 states and UTs, and 360 Khelo India Centres (KIC) spread across the country. Thakur will also encourage states and UTs to submit plans to open KISCEs, KICs, and academic institutions to help develop the nation's sports ecosystem.

Following India’s outings at the Tokyo Olympics and Tokyo Paralympics, Union Minister for Youth Affairs and Sports, Anurag Thakur, has now urged the coaches in the country to give their best. Earlier, the minister said that the future of Indian sports lies in the hands of coaches. Thakur was speaking at the Netaji Subhas Southern Centre.

Sports Minister urged the coaches to polish the athletes to Olympian standards. "The future of India's Sports lies in the hands of Coaches; Let's resolve to nurture and polish athletes with the best of training and ensure they bring forth star athletes of Olympian standards," the minister said. He further reiterated the Central government's renewed focus on sports and promised to aim for better results.

READ | COVID highlighted importance of engaging with partner nations for development of all: Anurag Thakur