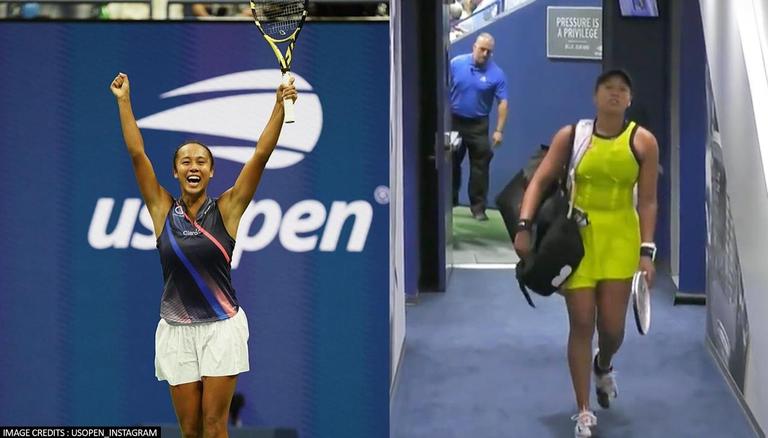 
Naomi Osaka's poor run of form in the 2021 season continues after the defending US Open champion was knocked out in the third round by Canada's Leylah Fernandez, making it the biggest upset in the first week of the women's singles draw. Fernandez knocked out No.3 Naomi Osaka in three sets 5-7, 7-6(2), 6-3 to advance to the next round. The win also puts the 18-year-old into her first Round of 16 at a Slam, where she will face 2016 US Open champion Angelique Kerber.

US Open 2021: Naomi Osaka smashed a racket in frustration

If losing the way in the match wasn't enough, Osaka even smashed her racket due to frustration. She chucked her equipment, sending it bouncing and skidding halfway to the net. Osaka threw her racket at least three times and was finally hit with a code violation in the third set when she hit the ball into the stands. She even draped a towel over her head as she took a break following her second-set loss.

US Open 2021: Naomi Osaka knocked out in the third round

Talking about Osaka's Grand slam titles, the 23-year-old had won 4 titles to date and was aiming for her fifth at this year's final Grand Slam tournament. Osaka entered the third round match after receiving a walkover from Serbia's Olga Danilovic in the second-round match on Wednesday. Playing her first Grand slam tournament after exiting the French Open 2021, Osaka grabbed 12 of the last 13 points, including the last nine, with a break at love to go up 6-5 in the first set. The Japanese star managed to hold onto the game and win the first set 7-5. Osaka led the second set 6-5 but a small error turned the match altogether with Leylah Fernandez having her first break of the match to make it 6-all and taking it to a tie-breaker. Osaka, who looked off from her game, fell behind 5-0 in the tiebreaker, as she missed shots and even displayed her frustration by smashing her racket.

Always a fight from, @naomiosaka.

See you next year, champ. pic.twitter.com/P3KQzB7M4V

The third set saw Osaka trying to dig deep into her reserves as she looked a game away from defeat. The former US Open champion did reduce the deficit to put the pressure back on Fernandez, but the teenager decided to hang onto the pressure while serving with three match points. She finally managed to earn the win after Osaka hit a forehand wide.