Usain Bolt made his return to the track for an 800m exhibition race for CarMax at his home track in Jamaica, however the race was just a one time thing. 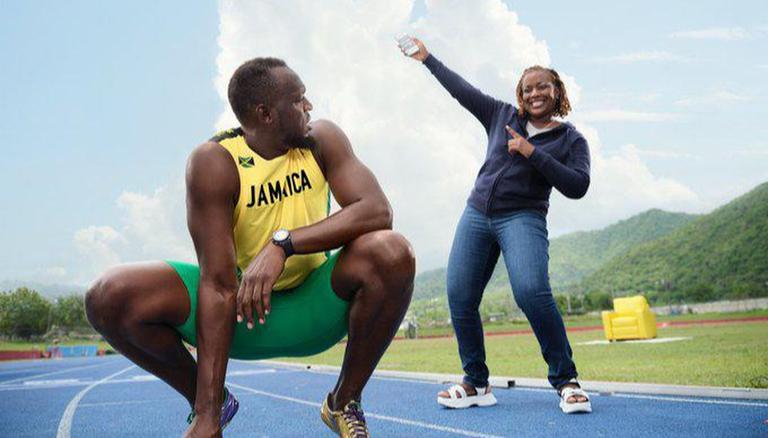 
The world’s fastest man, Usain Bolt, came out of retirement for one day only on Tuesday to race the 800m at his home track in Jamaica. This was his first time running distance but instead of racing another athlete, he was going up against a CarMax customer who was getting an instant online offer for a vehicle on her phone while Bolt ran around the track. It was CarMax who came out victorious, beating Bolt by about three seconds.

The eight-time Olympic gold medalist clocked in at an unofficial time of 2 minutes and 40 seconds in what was a relaxed and fun exhibition-style atmosphere.

Fans however did have high expectations going into the race, but they did not get the result they hoped for as Bolt maintained his easy, not-so-fast pace for the entire race. While the race had a light-hearted feel, Bolt broke a full sweat, saying his lungs felt like they were on "fire" after the race. "In my mind, I thought it would be easier. It's not," Bolt was quoted by Olympics.com. "Hats off to the 800m runner. But for me, I enjoy a challenge," Bolt said after the exhibition race.

"I did a lot of cardio" to get ready, Bolt added. "I think I needed to do a little bit more."

When he was asked if this was the start of a comeback the Jamaican sprinter was quick to respond saying "No, no this is a one-time thing."

Bolt is widely considered to be the greatest sprinter of all time. He is a world record holder in the 100 metres, 200 metres and 4 × 100 metres relay.

An eight-time Olympic gold medallist, Bolt is the only sprinter to win Olympic 100 m and 200 m titles at three consecutive Olympics (2008, 2012 and 2016). He also won two 4 × 100 relay gold medals. He gained worldwide fame for his double sprint victory in world record times at the 2008 Beijing Olympics, which made him the first person to hold both records since fully automatic time became mandatory.