'Is it a crime?' | Vinesh Phogat Repeats Call For Physiotherapist To Travel With Women Wrestlers To Olympics 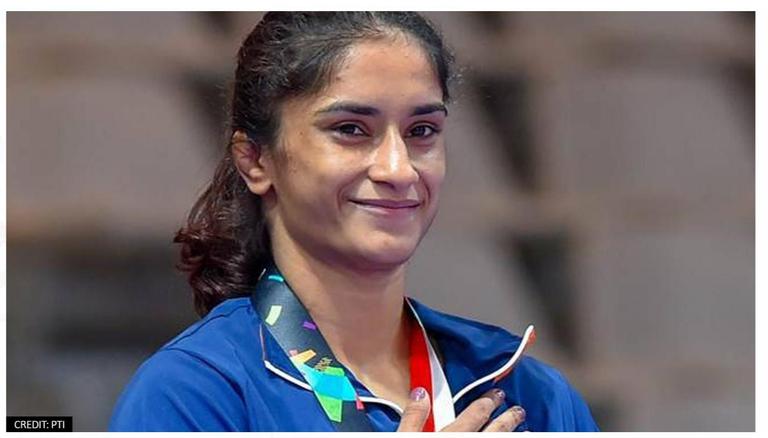 
Wrestling sensation Vinesh Phogat expressed her disappointment by mentioning that she had urged for a physiotherapist to accompany her and other women wrestlers to Tokyo well in advance.

Vinesh Phogat had suffered a career-threatening knee injury during her quarterfinal bout of the previous edition of the Olympics in Rio.

Taking to the micro-blogging site, the two-time Commonwealth Games gold medalist had shared a report and then asked whether it is a 'crime' to ask for one physiotherapist for four women wrestlers when there are instances of one athlete having multiple coaches/ Staff before wondering where the balance is.

Furthermore, Vinesh Phogat also clarified that they have asked d for a Physio long back and not at the last moment as reported. She concluded by tagging IOA i.e the International Olympic Academy, Office of the Prime Minister of India, and Sports Minister Anurag Thakur.

Is it a crime to ask for one Physiotherapist for four women wrestlers when there are instances of one athlete having multiple coaches/ Staff? Where is the balance?We have asked for a Physio long back and not at the last moment as reported.@IOA_Official @PMOIndia @ianuragthakur pic.twitter.com/bwbOQfFglo

Vinesh Phogat will be competing in the women's freestyle 53kg category and her opening match of the Tokyo Olympics will be on August 5.

The 26-year-old is one of the medal hopes of the Indian contingent in this edition of the Olympic Games and she would be eyeing a podium finish after that unfortunate incident in Rio not only dashed her medal hopes but also had to undergo five months of rehabilitation after surgery.