Virat Kohli who drinks black water has several benefits including high pH which improves immunity, helps one remain fit and improves the quality of the skin. 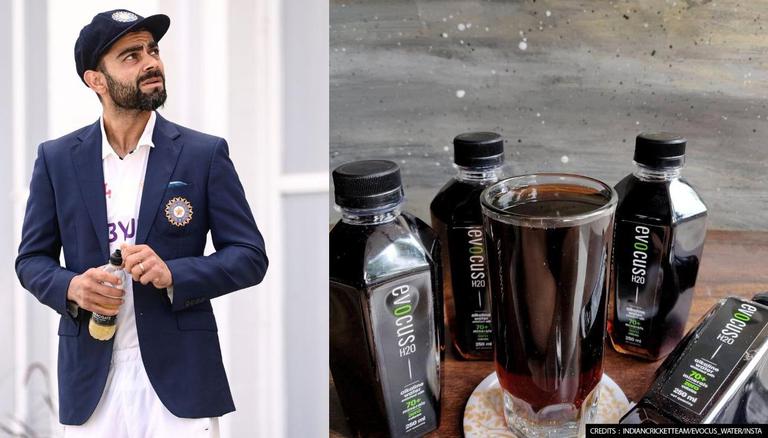 
There is no doubting the fitness level of Virat Kohli who is considered one of the fittest cricketers of today. The Team India skipper's lean physique can be attributed not only to his exercise routine but also to his strict diet and the water he consumes. Recently a big revelation was made over the special type of water that the Indian skipper consumes to keep himself in shape and the price of that water will blow your mind.

According to multiple media reports, the water that Virat Kohli consumes is called black water which is not an ordinary one. The Virat Kohli's black water contains natural-black alkaline water, which helps you stay hydrated. The benefits of the water are that it is high in pH which improves immunity and helps one remain fit. It is believed that this water also improves the quality of the skin, keeps the weight under control and it also helps in reducing depression. The Alkaline drink not only does what normal water does but more. It’s said to be beneficial for people suffering from high blood pressure, diabetes, and high cholesterol.

Coming to the black water-regular water fare difference, the black water is assumed to cost around ₹3000-4000 a litre. Earlier, it was reported that Kohli drinks special mineral water called ‘Evian’ which is imported all the way from France, and it costs more than 600 rupees per liter.

A Delhi boy and a foodie by heart, Virat Kohli had revealed that the secret to his supreme fitness in 2020 is his strict vegan diet that he follows all the time. Last year, Kohli had revealed the reason behind him turning a vegetarian was a 'cervical spine issue' that he faced when he was in South Africa for a test match in 2018 which forced him to take the decision. "I felt amazing, it is almost two years now and it is the best decision I have taken... it made me feel why I didn't do it before," he said. In 2019, Virat Kohli had shared how he had watched a Netflix documentary that made him feel proud over his choice to be a 'vegetarian athlete', proving that he was still a vegan, or at least a vegetarian till then.