Mirabai Chanu lifted a combined weight of 200kg to win the silver medal at the 2022 Weightlifting World Championships. She won the gold medal in 2017. 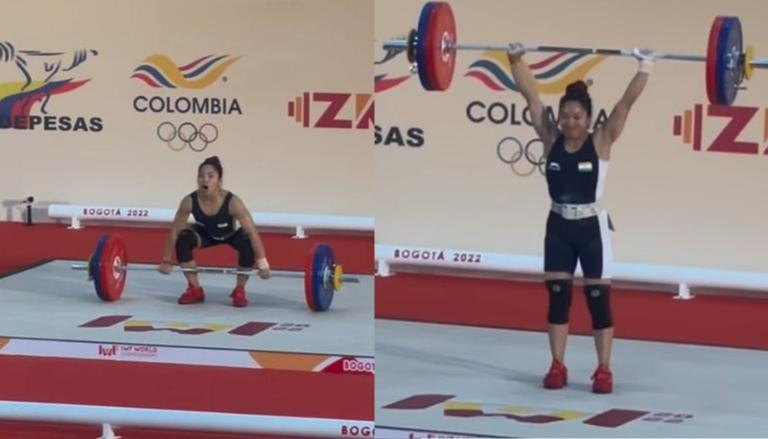 While Jiang finished at the top with a lift of 206kg (93kg +113kg), Olympic champion Hou Zhihui of China, lifted 198kg (89kg+109kg) in total to pick the bronze medal. In pursuit of her second World Championships gold, the reigning Olympic silver medalist was off to a slow start with a lift of 85kg in snatch. She failed to lift 87kg in her second attempt before clearing the same in her next attempt.

She also failed on her first attempt at clean and jerk but went on to lift 111kg in her second attempt. While this made her rise in the medal positions, Mirabai hit 113kg in the third attempt at clean and jerk. It is pertinent to mention that the 28-year-old won the gold medal in 2017 with a lift of 194kg (85kg+109kg). She finished fourth, outside the medal positions during the 2019 edition of the championships.

Meanwhile, earlier this year Chanu lifted 201kg (88kg+113kg) in total to pick her second gold medal at the Commonwealth Games. She has been competing in the 49kg category in 2019 and also became a country-wide sensation with the silver medal at the Tokyo Olympics 2020. Here’s a look at the reactions to Mirabai’s stellar performance at the World Championships.

Union Minister of Law and Justice, Kiren Rijiju was one of the first prominent personalities to send his congratulatory message to the star athlete. “Congratulations @mirabai_chanu on winning Silver Medal in Weightlifting World Championship! With a total lift of 200kg (87kg snatch + 113kg clean & jerk, Mirabai has made India proud yet again!” Rijiju said.

At the same time, Union Minister of Civil Aviation and Steel, Jyotiraditya M. Scindia also put out his thoughts and said, “India shines again! Congratulations to our Olympic medallist @mirabai_chanu for securing a silver medal in the Weightlifting #WorldChampionships with a total weight of 200kg. You make us proud.”

Congratulations to our Olympic medallist @mirabai_chanu for securing a silver medal in the Weightlifting #WorldChampionships with a total weight of 200kg.

You make us proud. 🇮🇳 pic.twitter.com/81ZCmyzKiV

Weightlifting, #IWF World Championships Bogota: @mirabai_chanu never ceases to amaze me.. She has been by far one of the most consistent Indian athletes since 2016 and another Silver in W49kg with such a tough field is commendable..#Respect 🥈🇮🇳
Huihua 🥇
Mira 🥈(87+113)
Zhihui🥉