Take a look at some of the best reactions from the sporting world to Max Verstappen winning the Formula 1 Drivers' Championship and Lewis Hamilton missing out. 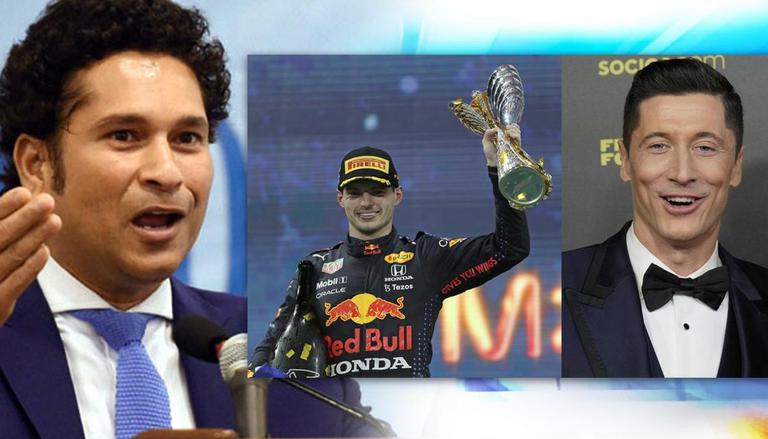 
In one of the most thrilling endings to a Formula One season, Max Verstappen managed to win the 2021 F1 Drivers' Championship despite being second for most of the final race in the Abu Dhabi Grand Prix. On Sunday, Lewis Hamilton led the Abu Dhabi GP from the first turn of the race right until the final lap but after a safety car and some 'controversial' race directives from FIA, Max Verstappen managed to overtake his rival and win both the Abu Dhabi GP and the 2021 F1 Drivers' Championship.

Take a look at some of the best reactions from the sporting world to Max Verstappen winning the Formula One Drivers' Championship and Lewis Hamilton missing out.

Cricketing legend Sachin Tendulkar congratulated Verstappen for his first championship win and also claimed there would be more to come from the youngster. However, he said that his 'heart goes out' to Hamilton, who would have most likely won had it not been for the safety car.

Congrats to Max for becoming the World Champion for the 1st time & there will be many more.

However, my heart goes out to Lewis. What a season he’s had too. If not for the safety car, the trophy would’ve been his. Sheer bad luck. All the best for the next season. pic.twitter.com/pYPLoin4gO

India's new T20I and ODI captain Rohit Sharma used a great cricketing analogy to explain how it all went down in the last lap of the race.

Bayern Munich striker Robert Lewandowski, who missed out on the Ballon d'Or by a small margin of votes, would understand Hamilton's pain but the Polish forward congratulated Verstappen for his 'incredible finish' and 'amazing season'.

WHAT A BOSS! @Max33Verstappen

Wow 😱🤯
What an incredible ending of a Formule 1 season to remember forever! Two fantastic teams going all in for the win but there can only be one winner. A true champion replaced by another true champion. Congrats to @Max33Verstappen. You made us proud 🟠🦁 pic.twitter.com/5rMOiAh30F

Former England international Gary Lineker was fuming at the way things took a sudden turn in the last five laps.

What a joke. That stinks.

What a race!! What a season!!!
Congrats @Max33Verstappen, congrats @redbullracing! 🥇👏🏼@redbullmotors pic.twitter.com/KTqmidYEIy

England cricketer Sam Curran was not at all pleased by the way things turned out in the final lap and called it out for being 'bad'.

That is the biggest mistake in F1 history.