What Did Tom Brady Say About Giving Up Two Rings? 2007 NFL Memories Resurface

What did Tom Brady say about giving up two rings? During a recent charity event, the 7-time Super Bowl winner spoke about trading title rings for the '07 title. 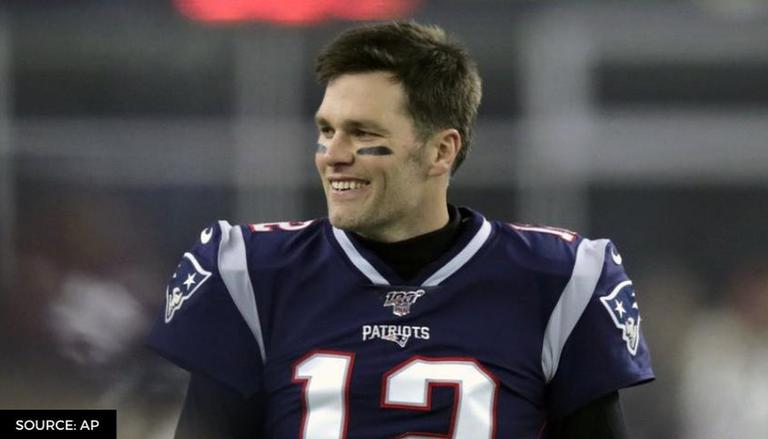 Before Tom Brady won a Super Bowl for the Tampa Bay Buccaneers, he was with the New England Patriots, laying down the foundation for his NFL legacy. Brady is considered the NFL GOAT by many, playing with more Super Bowls than one NFL team. That being said, Brady spoke about the 2007 NFL season recently, where the Patriots finished 18-1, thanks to their dramatic upset vs the New York Giants.

Tom Brady rings: What did Tom Brady say about giving up two rings?

During this year's NFL Draft-A-Thon, Brady was asked about the 2007 season, where the New England Patriots' perfect season was halted by the New York Giants. The Patriots went 18-1 due to the team and ended up with no ring in their hand. When asked about the same, Brady said: "I would 100 percent". The Draft-a-thon is a charity drive.

Eli Manning, who is a former Giants quarterback and Super Bowl XLII MVP, also heard about Brady's wish to trade two Super Bowl rings for the 2007 win. "Never," he wrote, possibly indicating that Brady would never be able to beat the Giants.

READ | Finau gets a call during Masters delay, from Tom Brady

Brady, who was drafted in 2000, played with the Patriots most of his career. In 2007, the Patriots were dominating the league, heading towards the Super Bowl. However, the Giants turned out to be the Wild Card team that ended their victory-laden year. The upset delivered Brady his first Super Bowl loss, while also including David Tyree's iconic helmet catch. Brady, that season, was the MVP. The Patriots were a force to conquer, scoring a 36.8 average per game.