What happened to Alistair Overeem? Here is why the 41-year-old left UFC, along with more details with his new deal with GLORY Kickboxing. 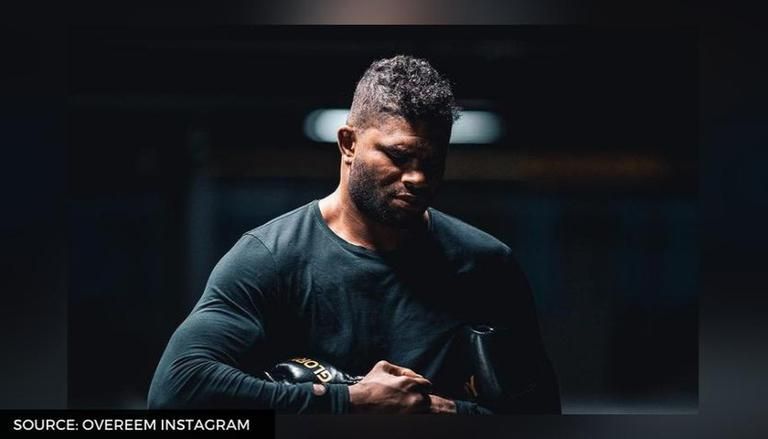 Earlier this year, Alistair Overeem parted ways with UFC. While he would no longer be a part of UFC, people assumed his social media post following the announcement was also a hint at him retiring. However, as far as the laters reports go, Overeem will be signing with GLORY Kickboxing.

The final run has come to an end, but what a run it has been. After 10 years in the UFC I can say this has been the experience of a lifetime. Grateful to the @ufc the fans and all fighters. A special thank you to @danawhite and Lorenzo Fertitta for making everything possible. pic.twitter.com/Kr9Xa6xbRu

Overeem was with the UFC for 10 years, which also includes his heavyweight title shot in 2016. However, he was released by UFC eventually, a decision which came after his final UFC loss to Alexander Volkov. While his words might have hinted at retirement, he looks far from done. “I’m back,” Overeem said in his press release.

Alistair Overeem is returning to his kickboxing roots.@Alistairovereem has signed a multi-fight deal with Glory Kickboxing, his management team told ESPN this AM.

His @GLORY_WS debut isn’t set yet, but it is expected to come later this year.

Despite his UFC exit, Overeem is on his way back into kickboxing. As per reports, Overeem has signed a multi-fight deal with GLORY Kickboxing. Though limited details are available, Overeem will be fighting in the rim later into the year. After a report from ESPN, the announcement was confirmed on Tuesday (Wednesday IST).

“We are extremely excited for Alistair Overeem to join GLORY,” GLORY chairman Pierre Andurand said in a statement. “Alistair is one of the most well-rounded and decorated heavyweight fighters of all time. Today marks a historic day for the sport, and most importantly for GLORY fans, with upcoming exciting fights that everyone will want to see".

Facing legends like Badr Hari and Gokhan Saki, Overeem is considered one of the best kickboxers in the world. In 2010, he won the K-1 Grand Prix title as won three bouts in a single night against Peter Aerts, Saki, and Tyrone Spong. While he kickboxed, he also fought in DREAM and Strikeforce.

He eventually started concentrating on MMA, finally joining the UFC.

According to Celebrity Net Worth, Overeem's worth stands at $10 million. As per The Sports Daily, his time in the UFC has earned him $9,789,500. He also endorsed companies like F3 Nutrition.