What happened to Clay Travis? Travis, after recently parting ways with Fox Sports and his show with them, will move to conservative radio. 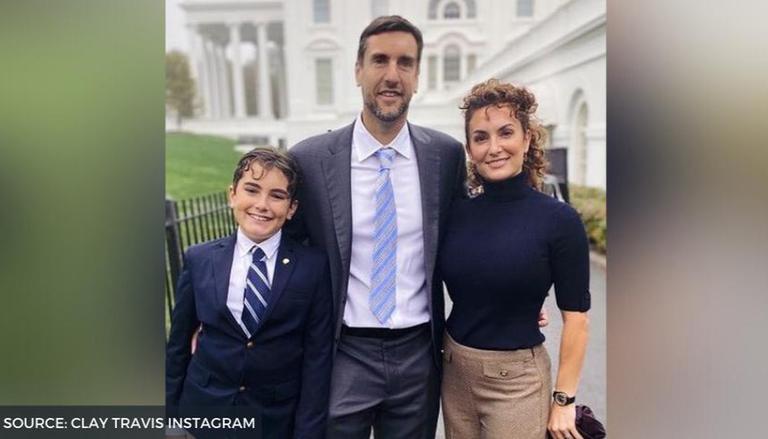 Some days ago, journalist, writer and commentator Clay Travis quit Fox Sports. Moving towards his new venture in conservative radio, Travis' fans might not be able to see him speak about sports – something Travis spoke about while parting ways with Outkick the Coverage. As of now, Travis has now moved on to his radio show.

Clay Travis stepped away from his sports radio show – Outkick the Coverage. It aired on Fox Sports Radio (6:00 AM to 9:00 AM EST), and Travis ended up explaining his decision as well. He even sold his site to Fox before he made his move. "As I looked at the data during 2020, the story it told me was clear. As much as people might enjoy my sports opinions, they loved even more when I talked about issues that were, frankly, far more important than sports," he wrote.

He added that his belief in American exceptionalism, meritocracy and his rejection of cancel culture and identity politics, are what he believes are more important than sports. He added that while he believed sports should be an escape from politics, it has become politics these days.

He will not be teaming up with Buck Sexton for a new The Clay Travis & Buck Sexton Show. His new shoe takes over the Rush Limbaugh radio slot on Premiere Networks. The show will begin on June 21 and will be airing on the weekdays (12:00 PM to 3:00 PM EST).

However, Travis has stated that he will continue writing and appearing on his Outkick website. Travis will also be doing FS1's Fox Bet Live. That show is taped earlier in the day, while his new radio slot is done at 3:00 PM. While Travis is into various ventures at the same time, his time with his new show might be a priority for the 42-year-old.

LeBron later signed a jersey for Booker after the game. But the point remains he left the court with five minutes left in game five and he was the only Laker who didn’t stay and congratulate the Suns after game six on the court.

Travis is usually active on social media, commenting on games he watches and other political matters. Recently, Travis made a comment on LeBron James – who left the court after shaking hands during the Los Angeles Lakers Round 1 series loss to Phoenix Suns. Some fans took to defend James, while others wholeheartedly agreed with Travis.