What happened to Romain Grosjean? Toto Wolff and Mercedes F1 have arranged a special test drive for Grosjean after a horrific crash he suffered last season. 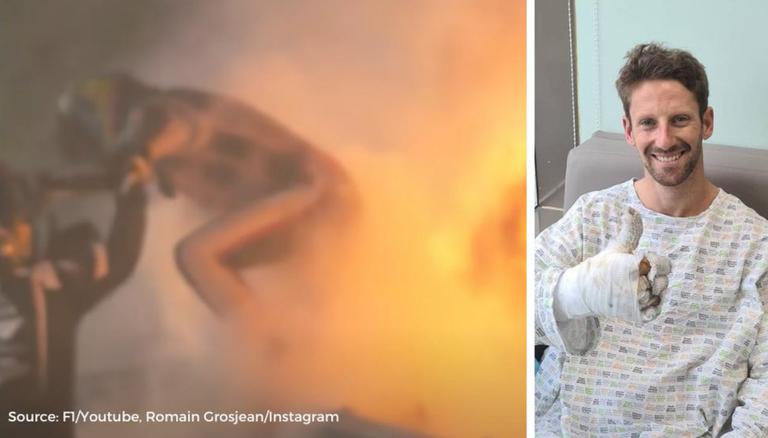 Romain Grosjean's Haas car burst through the barriers at 120mph on the opening lap of last year's Bahrain Grand Prix. The French driver had a miraculous escape as he only suffered minor burns to his hands and an ankle sprain when in reality, he could have lost his life. The Romain Grosjean accident was so bad that F1 could not telecast Grosjean's car going head-on into the barrier. They described a close-up video of the crash in real-time as content that was indecent to telecast to any age-group audience because of its sheer intensity.

With injuries ruling Romain Grosjean out of his final races in F1, the Haas driver had said he would ask around the grid to see if he could have one final outing in an F1 car. Grosjean said at the time, "I want to jump back in an F1 car because it has been my life and I would like to cross the finish line properly when I finish my career in Formula One. I don't want it to be over on a bad day." On hearing Grosjean's request, Mercedes boss Toto Wolff quickly confirmed that the world champions would fulfil his request.

Six months later the one-off Mercedes test drive is confirmed by Toto Wolff. Speaking of giving Romain Grosjean one final opportunity in an F1 car, Toto Wolff said, "We are very happy to support Romain with this special opportunity. The idea first came when it looked like Romain would be ending his active career in Formula 1, and we didn't want his accident to be his last moment in an F1 car."

READ | Grosjean happy to keep the talking "on the track"; will be back for IndyCar test

Romain Grosjean will return at the French GP for a full test day where he will drive Lewis Hamilton's title-winning Mercedes W10. The W10 was the car in which Hamilton won his sixth world championship two years ago. Mercedes F1's sweet gesture can be seen in the post below. After the Romain Grosjean accident last season, Romain Grosjean now has shifted to IndyCar racing.