Russell Wilson suffered an injury during the NFL match between Seattle Seahawks and Los Angeles Rams. The Rams won the match 26-17 after Wilson left the game. 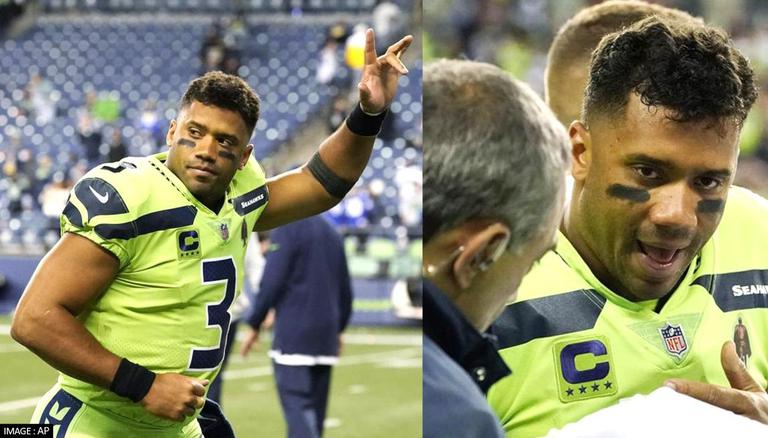 
Seattle Seahawks star Russell Wilson has been one of the best quarterback's in the National Football League for quite a time now, as his durability has ranked him high up the order. However, during the Seahawks clash against Los Angeles Rams on Friday, he suffered a finger injury, after which he left the game. Rams went on to defeat Seahawks 26-17 in the match, as the severity of the blow to Wilson’s finger is under the scanners.

Wilson has never missed a start for the team and is rarely seen not taking a snap. However, these stats are in danger, as the severity of the injury will determine whether he will start the next game for Seattle. As per AP, Seattle coach Pete Carroll while expressing his thoughts on the injury to Wilson’s middle finger, which is his throwing arm. Wilson was replaced by Geno Smith in the match, and while talking about him, Smith said, “He’s a great competitor. Guy didn’t want to come out of the game, and that says a lot about this man. He’s tough as nails. And when I was out there, he was as supportive as I am for him”.

READ | Who is Tom Brady? How did he achieve a massive milestone in NFL history?

Wilson was hurt in the third quarter of the match after his fingers hit Aaron Donald’s arm during the follow-through of a pass that almost went for a touchdown and was slightly overthrown. He remained in the game for one more series and was seen attempting one pass. However, he was sacked on the third- and -5 by Donald and never took another snap. Wilson finished the game 11 of 16 for 152 yards, one touchdown along his first interception of the season. He then remained on the sideline during the fourth quarter as Smith tried to engineer a comeback. Meanwhile, as per AP, while speaking about Wilson, Seattle coach Pete Carroll said, “The marvelous part about it is his attitude about how he approaches it. I mean, he is going to heal himself, and he is the epitome of the mentality taking control of how your body functions. He just he makes stuff happen”.