What happened to Tyron Woodley? Earlier on Friday, the former UFC welterweight champion was unceremoniously removed from the UFC rankings. 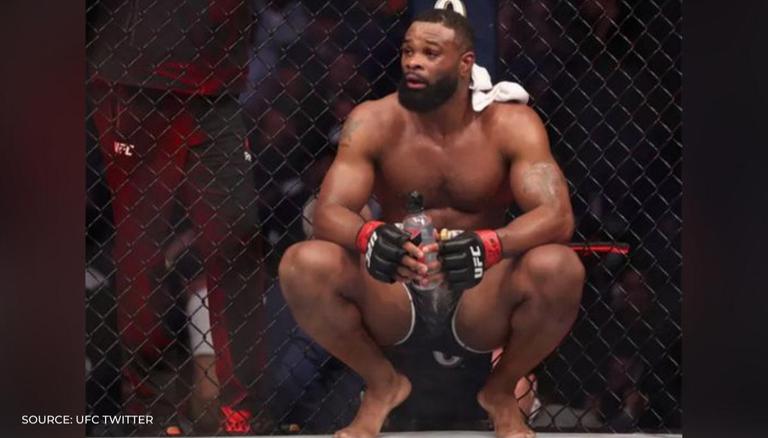 Former UFC welterweight champion Tyron Woodley’s time with the UFC seems to have come to an end. The 39-year-old MMA star was removed from the UFC roster on Friday, likely signalling the end of his time in the promotion. However, netizens have now been curious to know why Tyron Woodley was unceremoniously cut from UFC rankings.

Earlier on Friday, UFC fans were left stunned after it was revealed that Tyron Woodley wasn’t a part of the official UFC welterweight rankings. Woodley occupied the number 10 spot prior to his dismissal, leaving room for Geoff Neal, Jingliang Li, Belal Muhammad, Sean Brady, Robbie Lawler and Khamzat Chimaev to shuffle up one spot.

Why was Tyron Woodley cut from UFC roster?

According to reports, Woodley has been non-committal about his UFC future. His loss to Vicente Luque at UFC 260 in March was the final fight on his current contract. After the fight, UFC chief Dana White suggested Woodley should retire as it was the American fighter's fourth loss in a row.

Woodley had previously suffered a TKO defeat against Colby Covington and decision losses to Gilbert Burns and Kamaru Usman to lose his belt in 2019. Woodley was riding a seven-fight undefeated streak at the peak of his success as UFC welterweight champion. However, his loss against Usman then saw him lose three more fights in a row.

Recently, the UFC removed Junior dos Santos and Alistair Overeem from the UFC rankings, and shortly after it was confirmed they were released from the promotion. The same could be happening here to Woodley as he is not available on the fan rankings, or listed on the UFC roster on their website. With Woodley likely no longer a member of the UFC, where he goes next is uncertain.

READ | Kamaru Usman Jorge Masvidal combined net worth: Who is richer out of the 2 UFC stars?

As per reports from Celebrity Net Worth, Tyron Woodley is worth an estimated $4 million. He boasts an impressive 19-7-1 professional MMA record and a 9-7-1 UFC record. That record would have made for a much better reading had it not been for his 3 successive losses in his last 3 fights. After eight years of consistent showings for the UFC, Woodley certainly departs with a Hall of Fame-worthy resume.

DISCLAIMER: The above net worth information is sourced from various websites/ media reports. The website does not guarantee a 100% accuracy of the figures.