Momiji Nishiya tricks helped her to score 15.26 and give the hosts a clean sweep of the street discipline as skateboarding made its Olympic debut. 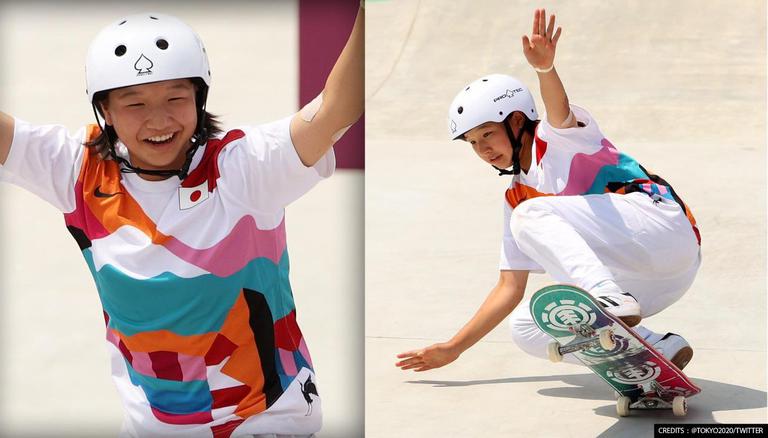 Momiji Nishiya tricks helped her to score 15.26 and give the hosts a clean sweep of the street discipline as skateboarding made its Olympic debut. The athlete who holds the title of the youngest individual to win gold is still held by Marjorie Gestring of the US, who at the age of 13 years and 268 days won the gold medal in 3-metre springboard diving at the 1936 Berlin Olympics. However, Nishiya at 13 years and 330 days old is Japan's youngest gold medalist. The title of Japan's youngest gold medalist was previously held by Kyoko Iwasaki, who at the age of 14 won gold for swimming at the Barcelona Olympics in 1992.

Who is Momiji Nishiya

Nishiya’s win in the women's category came a day after fellow athlete Yuto Horigome was crowned the first-ever Olympic champion in the sport.  Horigome finished the event with scores of 9.35, 9.50 and 9.30 for a total of 37.18. On his highest-scoring stunt, the 22-year-old flipped the board from under him on takeoff and slid it down a jagged rail on its nose, a trick called a nollie 270 noseslide. That earned a high-scoring 9.5. Horigome was the only skater in the final to score nothing but nines in all of his tricks that counted.