Women's World Boxing Championships: Who Is Nikhat Zareen? From Challenging Mary Kom To Becoming WWBC 2022 - Know All About Her 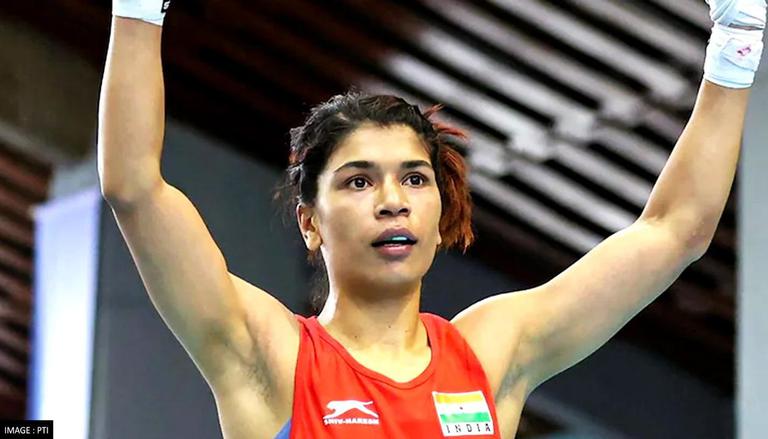 Nikhat got off to a fast start, landing several powerful punches in the first three minutes against Jutamas, who came into the bout having defeated Kazakhstan's Zhaina Shekerbekova, a three-time World Championship medalist. The 25-year-old Indian used her long reach to retain her domination over the Thai fighter, whom she had defeated in the 2019 Thailand Open semi-final, their sole meeting. It was also India's first gold medal since Mary Kom won it in 2018.

Earlier in 2019, Nikhat challenged Mary Kom to fight after Mary's automatic selection for the World Championships 2019, which was opposed by Nikhat. She stated that no boxer, whether a rookie or a superstar, should be chosen without first going through a trial. Mary's motion for a trial was denied because she had already qualified for the India Open Championships. Nikhat did, however, have a chance to compete against Mary for a position in the Olympic qualifiers. However, the veteran boxer won it easily with 9-1 and earned a spot in the Tokyo Olympics.

Who is Nikhat Zareen?

Nikhat was born in the Indian city of Nizamabad, Telangana. Since her junior year, she has been making headlines. She gained fame in 2011 when she won the World Junior Boxing Championships in the weight division of 50 kg.  Nikhat trained at the Inspire Institute of Sports in Vijaynagar with American coach Ronn Simms. In the 2019 Thailand Open, she won a silver medal. In the 2019 Asian Championships, bronze. In 2019 at the Strandja Memorial she was awarded gold. She also won a bronze medal in the 2019 India Open and also a Gold medal in Stradja Memorial, 2022.