Why Did Kenny Mayne Abuse Aaron Rodgers? Green Bay Packers QB Did Something 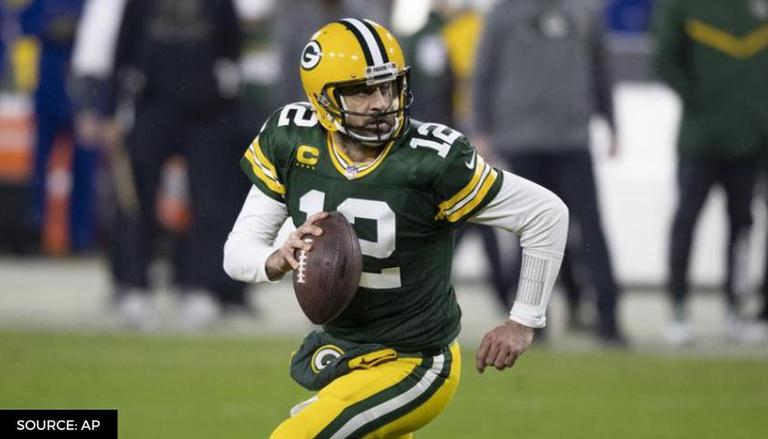 On Monday night, Kenny Mayne did his last ESPN show. Aaron Rodgers – who knows Mayne for a long time – appeared on the show. While it was Mayne's last show, everyone was also focused on Rodgers – currently dealing with problems with the Green Bay Packers. Fans were not disappointed by the interview, which Mayne ended in a unique way.

“Last time we did an interview together, you told me to go heavy in the cryptocurrency game,” Mayne said while speaking to Rodgers, telling him he ended up losing his job, and Gretchen wants a new comforter. "F*** you, Aaron Rodgers," Mayne said, to which the Packers star replied with an "I love you".

They also addressed the elephant in the room, tackling Rodgers' situation with the Packers. While fans have no updates over his future with the team, it is clear Rodgers has an issue with how the team operates. “With my situation, look, it’s never been about the draft pick, picking Jordan [Love],” Rodger said. "It’s just kind of about a philosophy and maybe forgetting that it is about the people that make the thing go. It’s about character, it’s about culture, it’s about doing things the right way".

Both of them were decked out in leis as they emerged from the aircraft and made their way across the sunlit tarmac pic.twitter.com/LQhIIyUfqB

After countless rumours, Shailene Woodley was the one who confirmed their relationship while on The Tonight Show Starring Jimmy Fallon. The couple met during the pandemic, and have been together for a while. While on the show, Woodley spoke about being engaged and how incredible Rodgers is. Recently, the couple was spotted on their way to Hawaii.

As per reports, Aaron Rodgers is worth around $120 million as of this year. In 2018, he purchased a minority stake in the NBA team, the Milwaukee Bucks. In 2019, he launched a $50 million venture with Roth Capital, where he, Nate Raabe, and Byron Roth are general partners.

DISCLAIMER: The above Aaron Rodgers net worth is sourced from various websites/ media reports. The website does not guarantee a 100% accuracy of the figures.