Shortly after Max Verstappen won a record-breaking 14th race of the season in Mexico, Fernando Alonso opened up on the possibility of teaming up with him. 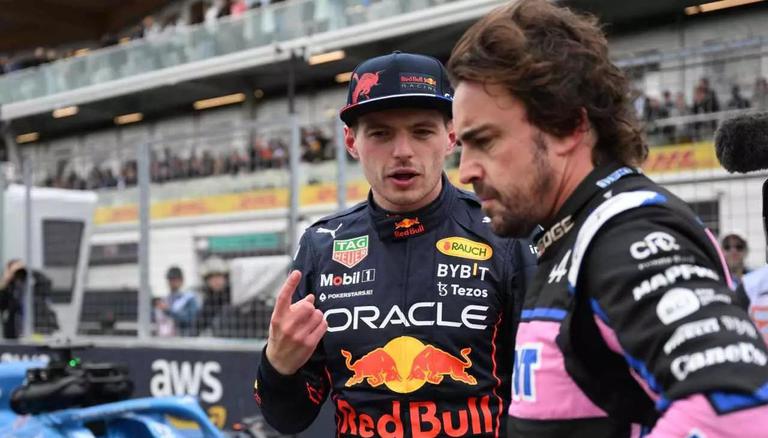 
Newly crowned F1 2022 Drivers' Champion Max Verstappen has been on fire this year after he clinched a record-breaking 14th win of the season last weekend at the Mexico Grand Prix. Shortly after the Dutch driver won the race, two-time F1 champion Fernando Alonso opened up on the possibility of teaming up with the 25-year-old.

Will Fernando Alonso team up with Max Verstappen?

While Fernando Alonso did not comment upon the possibility of teaming up in F1, he did admit that there was a possibility that they would team up in other forms of racing such as the iconic 24 Hours of Le Mans. While speaking in an interview with De Telegraaf, the 41-year-old said, "I know Max wants to do some endurance one day and I know he’d like to do the 24 Hours of Le Mans. I’m certainly open to doing that together. I think we should give the idea a chance if we can drive for a competitive team."

Alonso was also asked if the Le Mans team could feature Max's father, Jos, to which the Alpine F1 driver gave a hilarious response. "His father for Le Mans? At the moment, I prefer Max. But I also have a lot of respect for Jos. He could develop the role of team principal," added Alonso.

While Max does not have any experience in endurance racing, Alonso has previously participated in races such as the 24 Hours of Le Mans, which he has won twice. The Alpine F1 driver also participated in the FIA World Endurance Championship in the 2018-19 season when his team finished first. With Alonso already having immense experience in endurance racing, the addition of Max would only make their team more formidable.

With Max having won two consecutive Drivers' Championships now, Alonso was also asked if the Dutchman can emulate the success of seven-time champions Lewis Hamilton and Michael Schumacher.

In reply, Alonso said, "It will be difficult for him to reach the seven titles of Lewis and Michael Schumacher. Certainly, Max has the talent to get there, but you have to have a car that is very competitive for many years and you never have that guarantee. Now, it’s easy. Everything points to Red Bull dominating in the next few years, but we don’t know for sure. Let’s see if Max is that lucky."