Indian archers will be able to compete under the national flag at the International Archery events after World Archery conditionally lifted the suspension of the Archery Association of India (AAI) on Thursday. Republic TV has access to the letter of IOA president thanking the World Body's decision following AAI's elections in New Delhi on 18 January and the decision was taken by the executive board via postal vote. 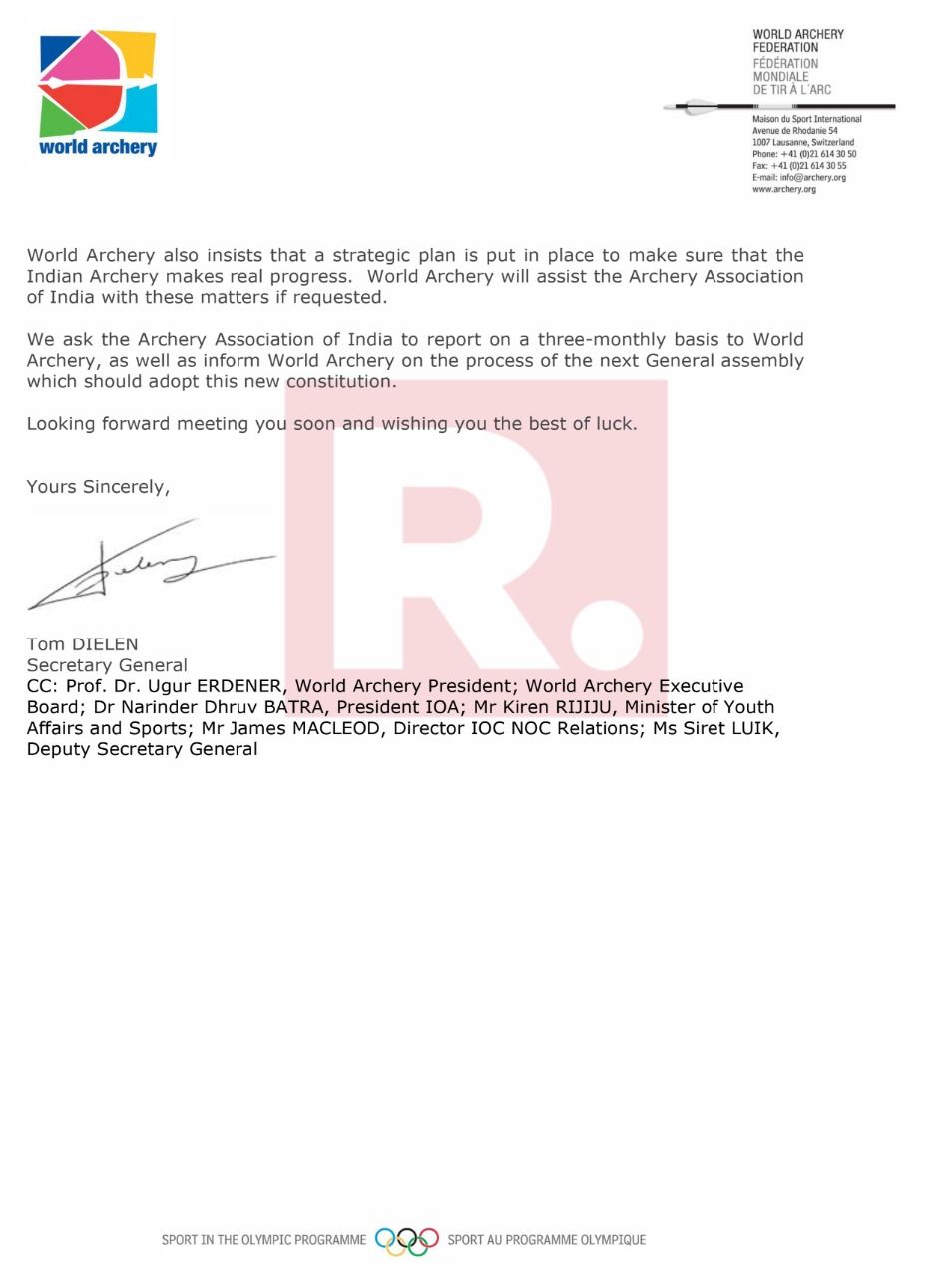 Other instructions of the world body

The world body has also instructed the federation to update its Constitution to clarify an athlete's membership, develop a strategic plan and resolve other governance issues with a progress report required every three months.

AAI was suspended on August 5 last year with Indian athletes only allowed to compete under a neutral flag at events that directly affected their qualification chances for the Olympics.

PEOPLE HAVE PLEDGED SO FAR
Mike Tyson once offered a zookeeper $10,000 to let him fight a silverback gorilla
IOA chief hopes National Games will be held as scheduled later this year
Cam Newton admits he is a 'fish out of water' after being released by Panthers
Clear vision: Program provides ski goggles to medical staff
Buccaneers officially unveil new uniforms for 2020 NFL season; fans excited for Brady era
DO NOT MISS
LOCKDOWN TO BE LIFTED IN PHASES?
BMC MAKES WEARING MASKS MANDATORY
DECISION ON LOCKDOWN EXTENSION
UP TO SEAL 15 DISTRICTS
CONG SINGHVI ON COVID-19 LOCKDOWN
MAN THRASHED BY MINISTER'S GOONS