Javelin thrower Annu Rani finished 7th in the women's javelin throw final at the World Athletics Championships 2022 with a below-par throw of 61.12m in her 2nd attempt. 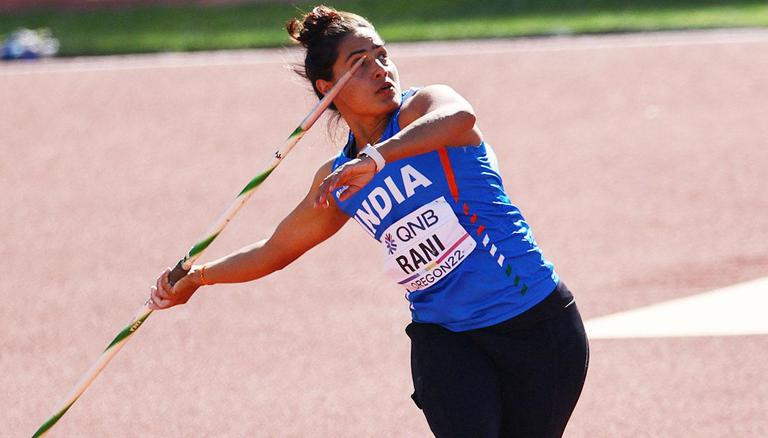 Competing in her second consecutive final in the showpiece, Rani achieved her best of the day in her second attempt but failed to cross 60m mark in other five throws on Friday.

The national record holder had qualified for the final as eighth best in the qualification round with a throw of 59.60m.

Defending champion Kelsey-Lee Barber of Australia won the gold with a best and world leading throw of 66.91m. American Kara Winger took the silver with a last round effort of 64.05m while Japan's Haruka Kitaguchi of Japan won a surprise bronze with her best throw of 63.27m.

Olympic champion Shiying Liu of China was fourth with a best performance of 63.25m.

This was Rani's third appearance in the showpiece. She had finished eighth in the finals with a best throw of 61.12m in the last edition in 2019 in Doha. She could not qualify for the finals in 2017 in London after finishing 10th in her qualification group.

Annu had broken her own national record with a throw of 63.82m while winning gold during the Indian Open Javelin Throw Competition in May in Jamshedpur. PTI PDS PDS AT AT