Sreeshankar, who had entered the championships as a dark horse for a medal at second spot in the season's top list, had a best jump of exactly 8m to finish second in qualification round Group B and seventh overall. 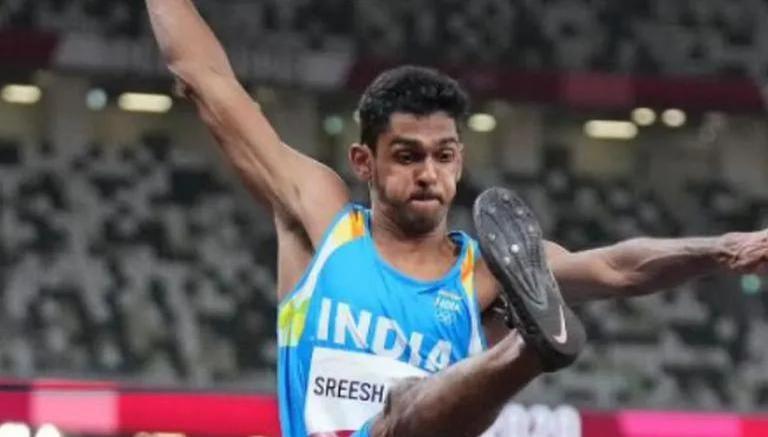 Sreeshankar, who had entered the championships as a dark horse for a medal at second spot in the season's top list, had a best jump of exactly 8m to finish second in qualification round Group B and seventh overall.

Anju Bobby George was the first Indian to make it to the World Championships long jump finals and first to win a medal -- bronze in 2003 edition in Paris.

Two other Indians, Jeswin Aldrin and Muhammed Anees Yahiya failed to make it to the final round after finishing ninth and 11th in Group A qualification round with best jumps of 7.79m and 7.73m respectively.

Those who achieved 8.15m or the 12 best performers from across the two groups qualify for the finals to be held on Sunday (6:50am IST).

Sreeshankar could not, however, touch the automatic qualifying mark of 8.15m but made it to the finals as one of the 12 best performers. The 23-year-old has been a consistent performer with his 8.36m jump at the Federation Cup in April, followed by 8.31m and 8.23m at an event in Greece and National Inter-State Championships respectively.

Olympic champion Miltiadis Tentoglou (8.03m) of Greece, who won Group B qualification round ahead of Sreeshankar, world season leader Simon Ehammer (8.09m) of Switzerland and Cuba's Tokyo Olympics bronze medallist Maykel Masso (7.93m) were also among those who qualified for the finals.

Sable, who had also qualified for the 3000m steeplechase final during 2019 edition, finished third in heat number 3 clocking 8:18.75 to qualify for the finals to be held on Monday (early morning Tuesday in India).

The top three in each heat and the next six fastest runners across the three heats qualify for the final.

Sable has been in a national record breaking spree in recent times with the latest being the 8:12.48 effort while finishing fifth at the prestigious Diamond League Meeting in Rabat last month.

It was disappointment in the men's and women's 20km race walk events with Sandeep Kumar and Priyanka Goswami, both national record holders, performing well below their best.

Goswami, who opened India's campaign in the championships, finished 34th with a time of 1:39:42 out of the 36 athletes, who finished the race.