India's star wrestler Vinesh Phogat said that she does not have time to grieve over her Olympics loss and that she is preparing for the upcoming competition. 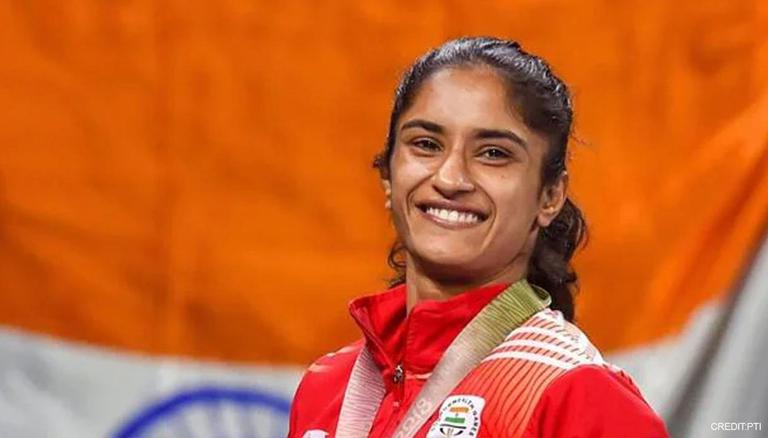 
India's star wrestler Vinesh Phogat recently said that she does not have the time to grieve over her Tokyo Olympics 2020 defeat and that she is preparing for upcoming competitions. On Friday, at an event in New Delhi, she was asked about her experience at the Tokyo Olympics after her shocking quarterfinal exit. Recently, Phogat was in the news after being suspended by the Wrestling Federation of India (WFI) for indiscipline during the Tokyo Olympics campaign. A notice of misconduct was served to wrestler Sonam Malik as well, however, she was later let off the hook with a warning.

Phogat said that in her first Olympics, she got injured and this time around she suffered defeat and would accept that. She said she would work over the weaknesses before the upcoming competitions and added that at the senior level, athletes don't have enough time to grieve over a defeat because the next Olympics is approaching and there are back-to-back competitions. Speaking during a programme where Tata Motors and WFI announced an extension of their partnership till the 2024 Olympics, she also said that it's one thing to reach on top but to stay on top is challenging, reported by Hindustan Times. She further added, "We (Anshu and Sonam) went together this time and I wish that we qualify in all weight categories the next time and give our best the Olympics, Worlds and Commonwealth, and other championships."

Vinesh Phogat, who had travelled to Tokyo from Hungary where she had trained with coach Woller Akos, had allegedly refused to stay at the Games Village and train with the other Indian team members. She also did not wear the name of the official sponsors of the Indian contingent, Shiv Naresh, and chose to wear a Nike singlet during her bouts. The officials who were in Tokyo told PTI that Vinesh had created ruckus when she was allotted a room near those of her Indian team-mates - Sonam, Anshu Malik, and Seema Bisla - arguing that she might contract COVID-19 since these wrestlers travelled to Tokyo from India.

On Thursday however, the temporary suspension was lifted after the WFI issued a warning to her that if she was to repeat the mistakes then they will be compelled to impose a lifetime ban on her.