How Have India Fared In Warm-up Fixtures From Previous T20 World Cup Editions?

Team India will be playing two T20 World Cup against Australia on October 17 and New Zealand on October 19 before opening the campaign against Pakistan. 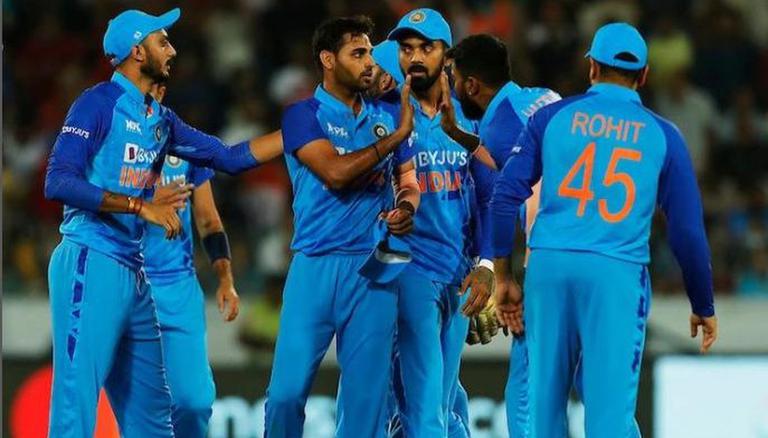 
Having acclimatised to the weather conditions in Australia, Team India is set to play their first warm-up fixture of the T20 World Cup against host Australia at the Gabba Stadium in Brisbane. The India vs Australia warm-up game is scheduled to be played on Monday, October 17 and will begin at 9:30 AM IST.

Ahead of the first warm-up match, the men in blue had played two practice games against Western Australia XI in which they won and lost one match each. This is the first of the two fixtures in the T20 WC 2022 with the second one being played at the same venue on October 17 against New Zealand. The warm-up fixtures are like a tradition ahead of the main event. Today we look at India's performance in the warm-up matches of the previous editions.

2007: Team India lacked experience and had a new skipper at the helm in form of MS Dhoni. India finished their ODI series against England on September 8th with the tournament scheduled to start on September 11. With not enough time for practice matches, Team India did not play a single warm-up fixture but ended up winning the title.

2009: The tournament took place in Bangladesh and before the main round of matches, India played a warm-up fixture against arch-rivals Pakistan. The match ended with the men in blue winning the contest by 9 wickets.

2010- The third edition of the tournament was played in West Indies. Team India was unable to play any practice matches as players were involved in the Indian Premier League (IPL) which finished on April 25th. The ICC World T20 was scheduled to start on April 30 not providing enough time to play warm cup matches.

2012 - The fourth edition of the T20 World Cup took place in Sri Lanka. Ahead of the start of the main round of matches, Team India played warm-up fixtures against hosts Sri Lanka and Pakistan. India defeated Sri Lanka by 26 runs in their first warm-up fixture, while in the second match the men in blue went down to Pakistan by 5 wickets in a last-over thriller.

2014 - The fifth edition of the tournament was hosted by Bangladesh. Team India played two warm-up fixtures during the tournament. In the first match, the men in blue faced England and went on to win the match by 20 runs. The second warm-up match was a dress rehearsal of the final with India taking on Sri Lanka. Not only did India lose the warm-up fixture by 5 runs but also finished as runners-up in the final.

2016 - India hosted the 2016 edition and began their preparations with warm-up fixtures against West Indies and South Africa. India beat West Indies by 45 runs at Eden Gardens in Kolkata. However., in the second match against South Africa at Mumbai's Wankhede Stadium India suffered a loss in a close encounter by 4 runs.

2021 - The tournament was played in UAE and Virat Kohli-led side beat England and Australia by 7 and 8 wickets respectively in Dubai. However, the tournament ended on a disastrous note for Team India as they bowed out in the group stage of the tournament.