India Vs England: Why Bhuvneshwar Kumar Is A Big Threat To Jos Buttler And Co. In T20 WC?

Bhuvneshwar Kumar has been impressive while bowling the first over. He has bowled five overs and conceded just 6 runs including two maidens and one wicket. 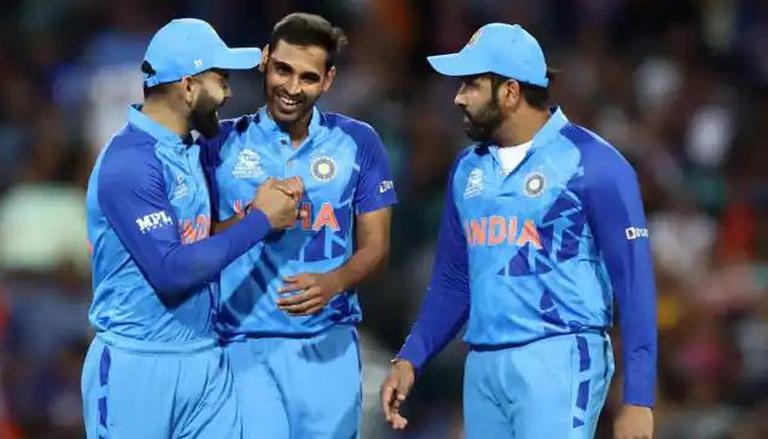 
With Jasprit Bumrah ruled out of the T20 World Cup, Bhuvneshwar Kumar was expected to shoulder the responsibility of picking wickets. The veteran pacer hasn't quite done much damage with the ball picking up 4 wickets from 5 matches. However, the pacer has helped Arshdeep Singh pick maximum wickets at the other end by managing to bowl tight spells during the powerplay. Ahead of the India vs England T20 World Cup clash, we take a look at Bhuneshwar Kumar's first-over performance in the powerplay.

Bhuvneshwar Kumar's excellent first over in the powerplay

The right-arm pacer in a total of five overs has conceded just 6 runs picking up just one wicket. His five overs include two maiden overs as well. In the first match of the T20 World Cup 2022 against Pakistan, the 32-year-old made the ball talk conceding just one run through extras. In the second match against the Netherlands, Bhuvneshwar Kumar bowled a maiden first over during the opposition's run chase.

In the third match against South Africa, the veteran bowler conceded just three runs and against Bangladesh, he conceded just two runs in the opening over. In the previous match against Zimbabwe, Bhuvneshwar Kumar bowled a maiden over but managed to pick up a wicket. The India vs England semi-final match will be a completely different ball game with England skipper Jos Buttler and Alex Hales looking in good touch. It will be interesting to see how the England opening pair will try and score runs from a bowler who has not allowed any margin for error.

England skipper Jos Buttler has issued a big statement regarding his battle against Bhuveshwar Kumar stating that he fears no one. Speaking at the pre-match press conference Buttler said that there are certain bowlers against whom you would tend to have good and bad times. He said, "I’m always confident in my own game. I think there are always certain bowlers that you potentially find harder than others and or at certain times in your career. You have good times against them or bad times against them. But I certainly don’t fear anyone. I always prepare well and I look to play the ball in front of me and not the bowler,". Speaking of Bhuvneshwar Kumar vs Jos Buttler's battle, the Indian pacer has enjoyed great success against the England captain. He has dismissed him five times in eight innings in T20Is. Kumar has also conceded just 30 runs in 32 deliveries against Buttler.