The selectors retained some of the members of the Asia Cup team while also opting to go with two wicketkeepers and an extra all-rounder for T20 World Cup. 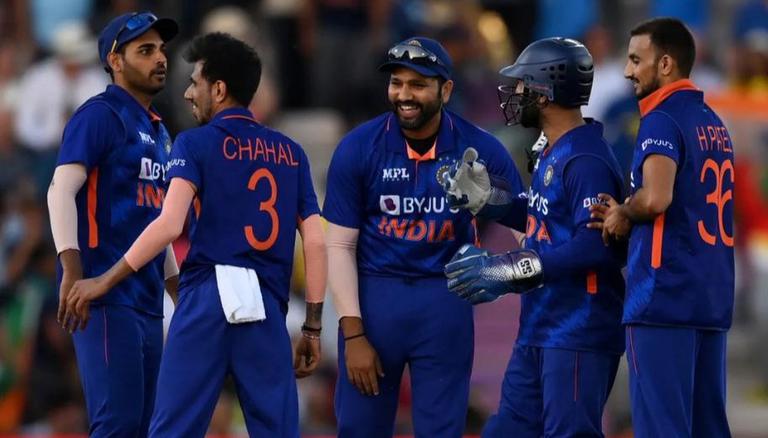 
The last edition of the ICC T20 World Cup was a disastrous experience for Team India under Virat Kohli's captaincy. The men in blue bowed out in the group stage and since then things have changed with Rohit Sharma taking over the reins from Virat Kohli. As the Hitman gets ready to lead the team in his maiden ICC outing we look at some important points from India's T20 World Cup squad.

India failed to defend their Asia cup crown bowing out in the Super 4 stage after losing two back-to-back matches. The selectors, however, did not press the panic button and retained some of the players from the squad which travelled to UAE. Indian selectors kept their faith in Deepak Hooda and Dinesh Karthik while giving an extended run to Arshdeep Singh who had a poor Asia Cup outing. While Arshdeep brings different dimensions to the bowling attack both Hooda and Karthik have the ability to finish matches.

The pacer was a part of the World Cup squad last year where he picked up six wickets in five matches. Since that tournament, Shami has not been able to cement his place on the T20 side. Following the T20 World Cup, the pacer produced exceptional performance during the IPL 2022 prompting former cricketers to back him for a place in the T20 World Cup team. However, the selectors decided to put Shami on the standby list along with Deepak Chahar and rather opted for Harshal Patel and young Arshdeep Singh.

Dinesh Karthik after an exceptional IPL 2022 managed to force his way into the Team India T20 setup. Not only did he manage to keep his place in the T20I team to date but also made the cut for the T20 World Cup. Having two wicketkeepers in the team means the team management will have a selection dilemma during matches.

Pant did not have a great Asi Cup cup outing but the selectors showed faith in the youngster since he played several match-winning knocks for his team in the past.  Dinesh Karthik hardly got any chance to bat in the Asia Cup and not only will want to feature in the playing XI but also show his batting capabilities as well. The question remains as to who will the management back during the T20W World Cup

Ravindra Jadeja has been a very important member of Team India as his three-dimensional skills have won many matches for the teams. However, the all-rounder was not picked for T20 World Cup following his recent knee surgery.  In Jadeja's absence, Axar Patel managed to find a place in the T20 World Cup squad.  Axar is a proven all-rounder contributing with the bat and ball in the limited opportunities he has been given. It remains to see whether he will get a spot in playing XI or will Deepak Hooda get the preference.

5) Experience gets the edge over youth

While Yuzvendra Chahal is a certain pick for the spin department, the toss-up for second place was between Ravi Bishnoi and Ravichandran Ashwin. While Bishnoi has been impressive in the limited outing, the selectors decided to go with Ashwin not because he is a finger spinner but because he can offer a bit with the bat as well.