Mahela Jayawardene highlighted how their hairstyle changed and the tattoos came out as they made a name for themselves at the highest level. 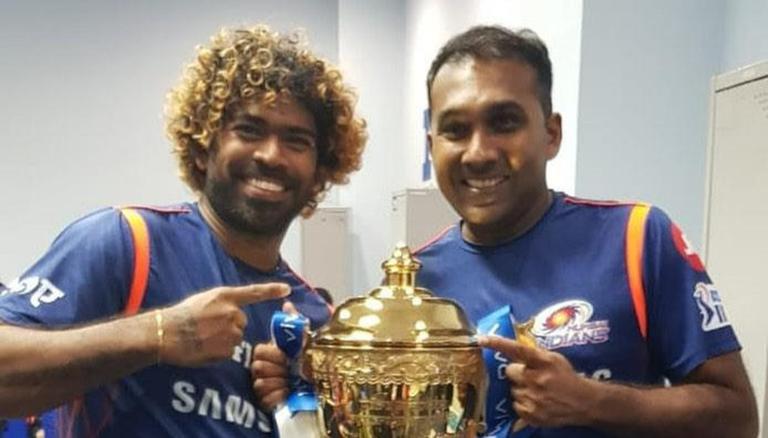 
Former Sri Lanka captain Mahela Jayawardene has opened up on the similarities between all-rounder Wanindu Hasaranga and the legendary pacer Lasith Malinga. Speaking to The ICC Review ahead of the upcoming T20 World Cup, Jayawardene said both Hasaranga and Malinga started their respective careers quietly, sitting in the corner of the dressing room before they gradually grew as they kept playing more and more matches for the country.

'They have similar mannerisms'

Jayawardene highlighted how their hairstyle changed and the tattoos came out as they made a name for themselves at the highest level. Jayawardene also pointed out that both Hasaranga and Malinga come from the same region, which is down south in Galle, and have similar mannerisms. Jayawardene added that Hasaranga's development as a cricketer is quite similar to how Malinga became who Malinga was.

"The way he has blossomed … he’s also from down south, quite close to where Lasith was (Galle) and they have similar mannerisms. The way they both came out, they started their careers quietly – you know, sat in the corner of the dressing room – and little by little they grew. The hairstyles change, the tattoos came out and the whole thing," Jayawardena said.

"It (Hasaranga’s development) is quite similar to how Lasith became who Lasith was, and that’s how I see the way Wanindu has blossomed as a player. The most important thing is, once they cross the field, like Lasith, he is a competitor – that’s what I love about him. He is still young and (there is) a lot of cricket in front of him. So long as he understands what needs to be done and be competitive out there, that’s the most important thing," he added.

Hasaranga played a crucial role for Sri Lanka in last year's T20 World Cup in the UAE, where he finished as the highest wicket-taker with 16 wickets in 8 matches. Hasaranga was also instrumental in Sri Lanka's title-winning campaign at this year's Asia Cup, where he played a role with both bat and the ball. The 25-year-old will next be seen in action during the upcoming T20 World Cup in Australia.