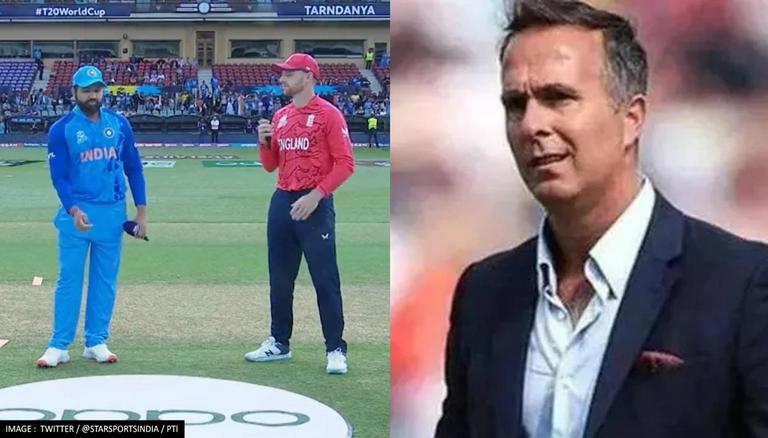 
Former England cricket team captain Michael Vaughan took to his official Twitter handle on Thursday and revealed how a player missing out on India vs England, T20 World Cup 2022 semi-final can prove to be a big blow for England. After winning the toss in Adelaide on Thursday, Jos Buttler revealed the playing XI with two changes from England’s previous match. One of the changes made by England was Mark Wood being benched for the crucial match.

Reacting to the development, Vaughan termed India as the favorite to win the match, while saying pacer Mark Wood’s fitness can be a huge blow for England. “Huge blow for England .. Wood not fit .. !! India are now favourites,” wrote Vaughan on Twitter. Alongside the pacer, England face India without the services of star batter Dawid Malan.

Meanwhile, England were off to a flying start in the semi-final match against India after dismissing Indian opener KL Rahul for cheap runs. Rahul choked under pressure yet again and was dismissed on 5 runs. While India found their way back in the next six overs, Rohit walked back on the individual score of 27 off 28 in the 9th over.

Rohit’s dismissal reduced India to 56/2, as they soon suffered the loss of man-in-form Suryakumar Yadav. While Yadav hit 14 runs from 10 balls, Kohli continued his journey to amass 4000+ T20I runs. Kohli became the first cricketer in the world to register 4000+ runs in the format.

While Kohli walked back after scoring a fifty, Hardik Pandya went on to hit 63 runs off 33 balls and powered India to a total of 168/6. Hardik batter at a strike rate of 190.90. He hit four fours and five sixes in total.