While it has not been a bad year for German tennis star Alexander Zverev, his Madrid win is sure to go down as one of the most fulfilling victories of his life. 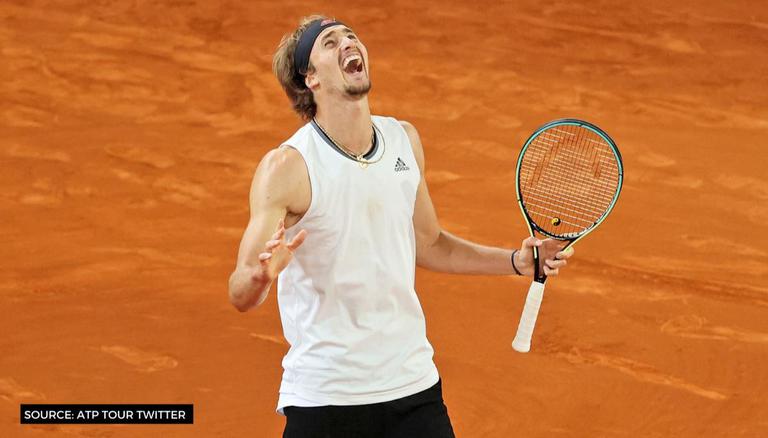 
While it has not been a bad year for German tennis star Alexander Zverev, the youngster's 6-7, 6-4, 6-3 win over Italy's Mateo Berrettini is sure to go down as one of the most fulfilling victories of his life. The Zverev Madrid Open 2021 title win marks not only the World No.6's second title in 2021 and his 4th Master's 1000 title, but also concludes an almost three-year-long title drought for the champ. Besides this, the win also makes Zverev one of the few players in the world to have defeated each of the 'Big 3' on their surface of strength - Federer on grass, Nadal on clay and Djokovic on hard courts.

List of players to have won the @MutuaMadridOpen more than once on clay:

Rallying back from 2-4 down in the first set to eventually defeat the 'King of Clay' Rafael Nadal - who is a five-time champion at the Madrid Open - with a 6-4, 6-4 margin. Despite having won his last two encounters with Nadal in straight sets, albeit on hardcourts of Paris and the UK, Zverev was not the favourite to take this semi-final match. Coming into this game with a 0-3 record on clay against Rafa, Zverev's win over the legend puts him in an elite group of athletes who have defeated the Spaniard on clay.

Talking about the win, Zverev said that it was "definitely one of the biggest wins of my career so far, especially on clay against Rafa. It is the toughest thing to do in our sport. Beating him in his house, in Spain, is incredible". This win also completed a rare treble of wins for the German, who now has the distinction of having defeated World No.1, Novak Djokovic, on hard courts and Former No.1 Roger Federer on his speciality, grass. Zverev's win over Djokovic came at the Nitto ATP Finals in 2018 while the one against Federer came at Halle in 2016.

The win also made Zverev one of the only players to beat three players ranked in the Top 10 to claim a title in the ATP circuit as he defeated No.2 Rafael Nadal, No.4 Dominic Thiem and No.9 Mateo Berrettini. “It is great [to win this title], especially after losing my last three finals I played at Masters 1000 events,” Zverev said in his post-match interview. “This is definitely special and I just want to enjoy this one". Notably, this is the second time that Zverev has defeated three Top 10 players at one event.

The Madrid Open 2021 win takes the total Alexander Zverev Masters titles count to a modest 14 titles. Since the beginning of his career in 2013, Zverev has notched up multiple records relating to the ATP Masters. This includes becoming the youngest player to win two consecutive Masters 1000 titles on different surfaces since the start of the current men's tennis format in 1990 and becoming the first player born in the 1990s to win more than one Masters 1000 titles.