Alexander Zverev made headlines recently by not only defeating Rafael Nadal, but also winning the Madrid Open 2021 Masters 1000 title ahead of the French Open. 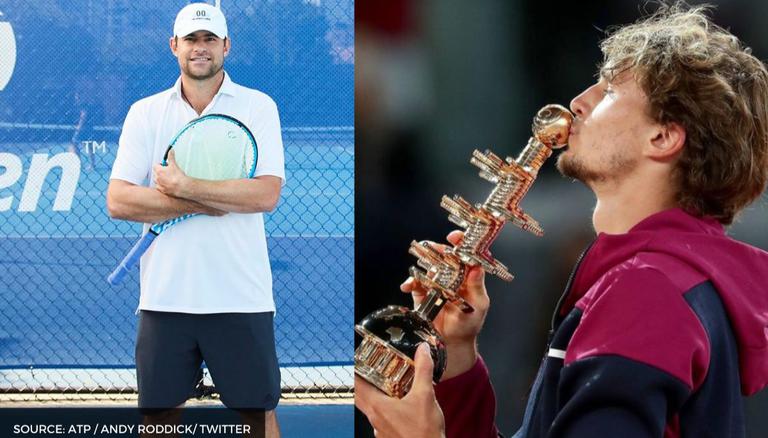 
World No.6 Alexander Zverev will be one of the title challengers for the French Open 2021 after his impressive display at the Madrid Open 2021. The German tennis star put up a spirited fight in the finals to beat Matteo Berrettini 6-7 (8-10), 6-4, 6-3 in the Madrid Open final. The Zverev Madrid Open 2021 title was only his second after winning the same tournament back in 2018.  Apart from winning the trophy, Zverev achieved a major milestone becoming the fourth man in history to win multiple Madrid Open titles.

Apart from winning the Madrid Open tournament, Alexander Zverev has also joined an elite list of players who have gone onto win the title multiple times. The list includes the names of 'Big 3' Roger Federer (2009 and 2012), Rafael Nadal (2010, 2013, 2014 and 2017), and Novak Djokovic (2011, 2016 and 2019). The Zverev Madrid Open 2021 triumph saw him conquer clay-court specialists Rafael Nadal and Dominic Thiem. The 24-year-old defeated Nadal in the quarter-final before beating Thiem in the semi-final en route to the final. Zverev had defeated Thiem back in the 2018 final of the same event to lift the title.

Apart from matching the 'Big 3', he is also the first person outside the top 3 to win Masters 1000 titles twice, a feat which was achieved by former World No 1 Andy Roddick only before him. The former American tennis star had won five Masters 1000 titles overall in his career. He won the title twice in Miami, twice in Cincinnati, and once in Canada. He is the last player before Roger Federer, Rafael Nadal, Novak  Djokovic and Andy Murray to capture five Masters 1000 crowns. The American, however, failed to win the title in Madrid even once in his career.

List of players to have won the @MutuaMadridOpen more than once on clay: