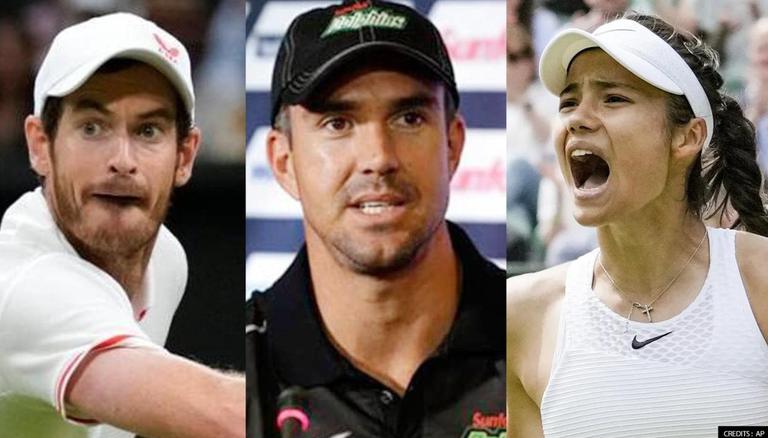 
Former Wimbledon champion Andy Murray has hit back at former England cricketer Kevin Pietersen and Piers Morgan over their comment on Britain's tennis star Emma Raducanu. The 18-year-old was forced to retire from her fourth-round match against Ajla Tomljanovic after suffering from breathing issues. Raducanu had an amazing run in her maiden Grand Slam appearance beating two players who are ranked inside the top 50.

The entire episode between Kevin Pietersen and Andy Murray started with the former England cricketer tweeting on mental toughness following Morgan's assessment on Raducuna. Pietersen in his tweet wrote about the role of mental toughness separating the good from the great in the sport.

Talent is one thing, but mental toughness is what separates the good from the great in sport!
Dealing with pressure, bad form, negative media etc is HARD, but that’s sport. It’s demanding.
Deal with it, or someone else will deal with it in your place! https://t.co/nrZucT0p0D

He even added that dealing with issues (pressure, bad form, negative media) is hard, but that is what sports are about. However, the tweet did not go down well with Andy Murray who in support of Emma Raducanu hit back at Pietersen as well as Morgan asking them whether both of them aren't judging the Brit players mental toughness on basis of her fourth-round match.

READ | What happened to Emma Raducanu? Why did she retire from Wimbledon match vs Tomljanovic?

I’m judging no one. I’m merely talking about all sportsmen/women and mental toughness that separates good from great. I was playing golf yesterday, not watching tennis. https://t.co/hAW5ep5cfU

Earlier Piers Morgan in his assessment tweet supported the comment made by former Wimbledon champion John McEnroe over 18-year-old not being able to handle the occasion. The three-time winner commented that Raducanu found playing in the last 16 of Wimbledon “a little too much”.

READ | Emma Raducanu breaks silence on Wimbledon withdrawal; 'I was not well enough to carry on'

McEnroe told the truth. Ms Raducuna’s a talented player but couldn’t handle the pressure & quit when she was losing badly. Not ‘brave’, just a shame. If I were her, I’d tell my fans to stop abusing McEnroe, & seek his advice on how to toughen up & become a champion like he was. https://t.co/zS06yevfav

Morgan called Raducuna 'a talented player' but also the one who could not take the pressure and quit the match when she was losing badly calling the move not brave enough and just a shame. He further wrote that if he was in her place (Raducuna), he would have told fans to stop abusing the former champion (McEnroe) and rather take advice from him on how to become a champion like him. Talking about mental strength and resilience, Morgan said that both are good things that need to be taught, nurtured, encouraged and celebrated from school onwards and it would be easier if so many high profile people stopped playing the victim.

Having been forced to take retirement mid-match, Emma Raducanu gave an update on her health issue stating that she was feeling better and her run to the Wimbledon fourth round "caught up" with her. Speaking to BBC TV she said "I found it very difficult to regulate my breathing. It was emphasised my some long rallies we had towards the end of the first set which made it tough for me to keep my composure and breathing in check,"