On Friday, Australian Minister for Immigration Alex Hawke released a statement announcing that Djokovic's visa has been cancelled again by the government. 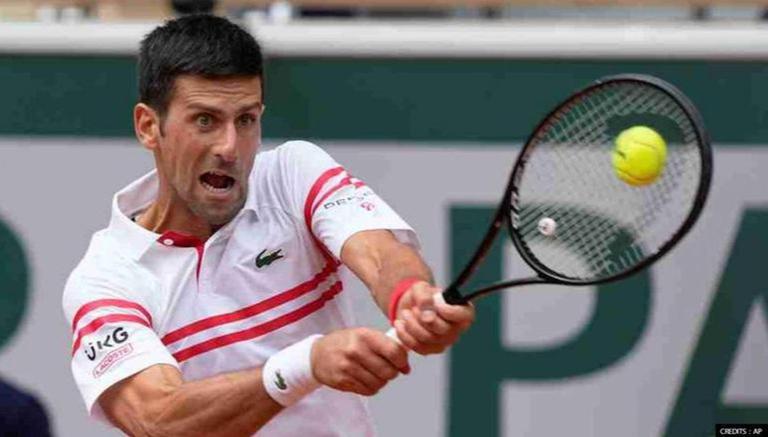 
In the latest twist in the Novak Djokovic visa saga, the Australian government has once again cancelled the Serbian tennis player's visa, putting his participation in the Australian Open in jeopardy. On Friday, Australian Minister for Immigration Alex Hawke released a statement announcing that Djokovic's visa has been cancelled again by the government. Hawke claimed he used his authority to revoke the World No. 1 player's visa because it was in the 'public interest'.

This comes just one day after Australian Prime Minister Scott Morrison encouraged authorities to follow the government's policy of requiring citizens and non-citizens to be fully vaccinated or have a valid medical exemption.

The government order reads; "Today I exercise my power under section 133C(3) of the Migration Act to cancel the visa held by "Mr Novak Djokovic on health and good order grounds, on the basis that it was in the public interest to do so. The decision followed the orders by the Federal Circuit and Family Court on 10 January 2022, quashing prior cancellation decision on procedural fairness grounds. The Morrison Government is firmly committed to protecting the Australia's borders, particularly in relation to the COVID-19 pandemic," Alex Hawke, the Australian Minister for Immigration said in an official statement. 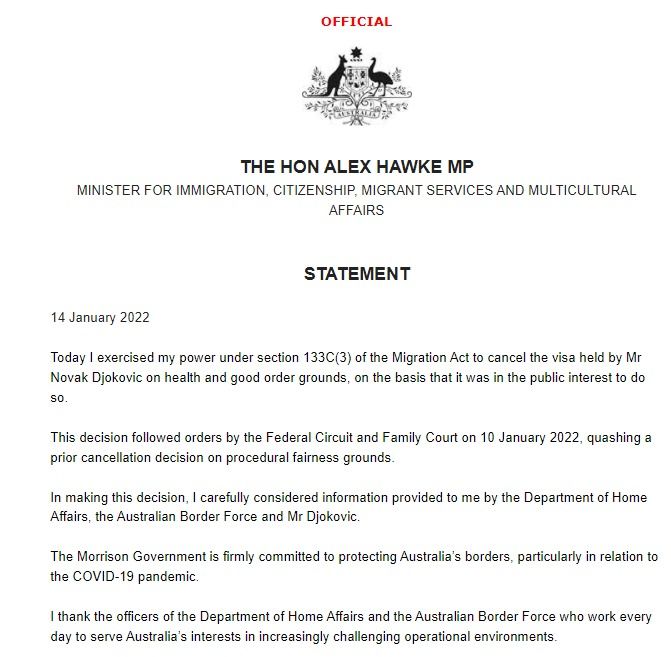 Djokovic submitted in the court that he had tested positive for the COVID-19 in December before coming to Australia which is why he did not need the vaccine.