Serbian players' participation at Australia Open has been in doubt ever since news about compulsory vaccination for participation was made official. 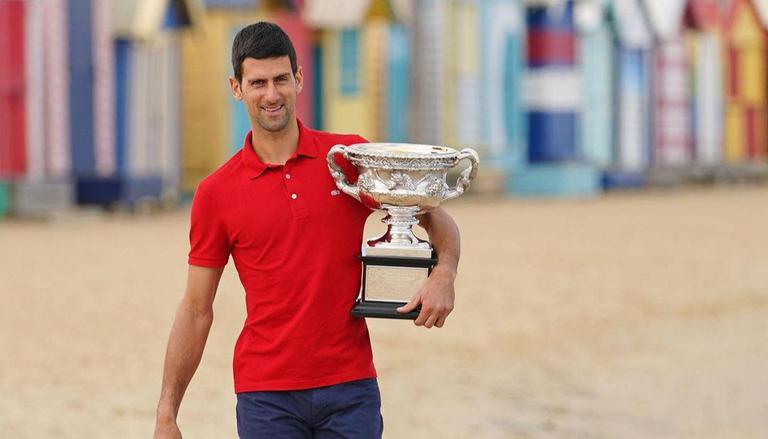 
Will he or won't he is the question that tennis fans are asking as Novak Djokovic continues to tease fans over his participation at the upcoming Australian Open. The Serbian player's participation has been the talk of the tennis world ever since the news about compulsory vaccination for participation was made official. Novak Djokovic vaccine status is still unknown but CEO of Tennis Australia Craig Tiley has said that the Serbian is eager to play the first Grand Slam of 2022.

According to the report by The Guardian, Craig Tiley on Wednesday said that a small cohort of players and staff would be allowed into Melbourne Park without being vaccinated after being granted medical exemptions. But, at this stage, no players had informed Open officials they had received an exemption.

While there is no news about Novak Djokovic medical exemption, Tiley said that  “If Novak shows up at the Australian Open, he’ll either be vaccinated or he’ll have a medical exemption. It’s his choice on his medical condition, it’s his choice to keep personal and private like all of us would do with any condition we may or may not have. We are not going to force him or ask him to disclose that.”

Just a couple of days back Australia Prime Minister Scott Morrison has come out and said that Novak Djokovic will not receive any special treatment to allow him to play in the 2022 Australian Open. The PM had said that Djokovic will have to follow the same rules which have been put in for others visiting the country.

The news.com.au has reported that players who want to take part in the Australian Open will need to convince two separate panels of medical experts. The protocol was finalised by the Victorian Department of Health and Tennis Australia. The report states that an expert panel of doctors from the fields of immunology, infectious disease and general practice will first review applications for a medical exemption. A government-appointed panel of medical experts, the Independent Medical Exemption Review Panel, will oversee this review. If the second panel deems the medical exemption appropriate and in line with the ATAGI guidelines, it will be submitted to the Australian Immunisation Register.