Daniil Medvedev and other Russian tennis players will reportedly be barred from playing in the Wimbledon Championship 2022 due to Russia's invasion of Ukraine. 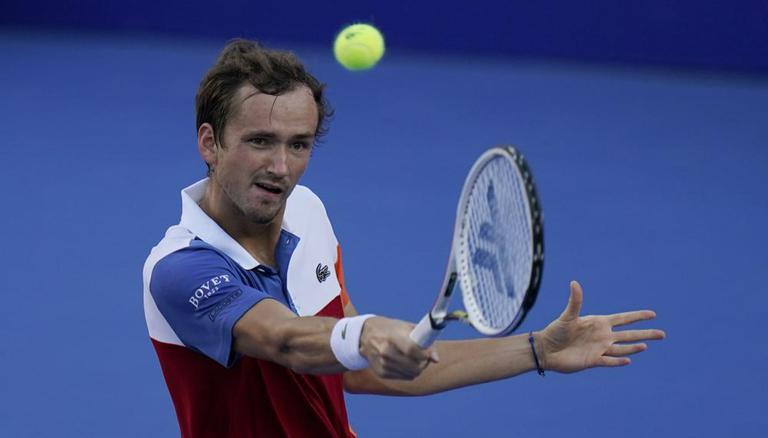 
The world no. 2 ranked tennis player Daniil Medvedev is being linked with reports suggesting that the US Open 2021 winner, alongside the other Russian tennis players, will be prohibited from participating in the Wimbledon Championship 2022. Wimbledon is the third Grand Slam tournament of the year, which is held annually at the All England Club in London. As reported by Sportico, the tournament will bar Russians to compete as the repercussions of Russia’s invasion of Ukraine, which started in the last week of February.

Since then, Russian athletes have faced heavy sanctions from all corners of the world and as per Sportico, the British Sports Minister Nigel Huddleston suggested that Medvedev and other Russian tennis players shouldn’t be allowed to compete in the third Grand Slam tournament of the year unless they assure that they are not the supporter of Russian President Vladimir Putin. Earlier in February, the IOC recommended that Russian athletes should be banned from international competitions, which resulted in Russian teams and individuals being removed from the Beijing Winter Paralympics 2022 and other major international sporting events. Wimbledon will be the latest event to prevent the country’s athletes from participating as a direct result of Putin’s decision to invade Ukraine.

The Russian football team was barred from competing in the qualifiers for the FIFA World Cup 2022 Qatar, while the Russian and Belarusian racers were barred from competing in the Boston Marathon earlier this week. However, Russian and Belarusian athletes were allowed to keep competing without the use of their country’s flag or name in tennis. It is still unclear whether the ban from Wimbledon will be applied to Belarusian athletes too, as Belarus opened its gate for the Russian military to march into Ukraine.

Who are the top-ranked tennis players from Russia?

Alongside Medvedev, Andrey Rublev, Karen Khachanov, and Aslan Karatsev are the players to sit inside the top 100 ATP men’s singles rankings. Whereas, a total of eight Russian female players find themselves inside WTA’s top 100 rankings. Rublev is currently ranked eighth in the ATP rankings, and Khachanov and Karatsev rank 26th and 30th respectively. On the other hand, Anastasia  Pavlyuchenkova is currently ranked 15th in the WTA rankings, followed by Darya Kasatkina in 26th and Darya Kudermetova in 29th, among the others.