Novak Djokovic, Rafael Nadal, Roger Federer, and Andy Murray will play together for Team Europe in the Laver Cup 2022, slated to be held in September. 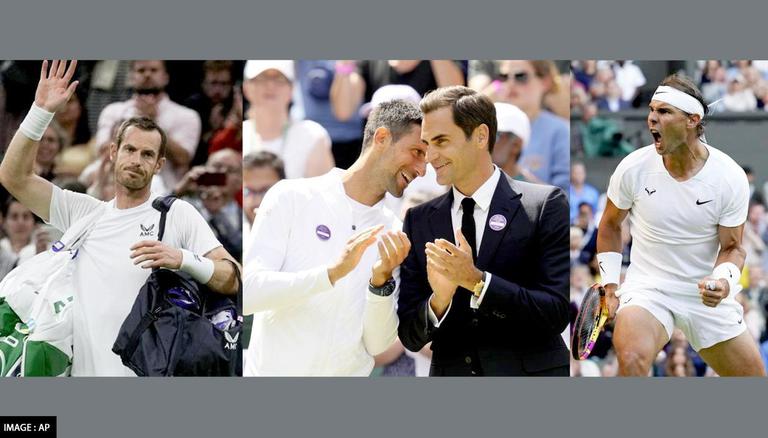 
The ‘Big Four’ of men’s tennis, Novak Djokovic, Rafael Nadal, Roger Federer, and Andy Murray are all set to play together for Team Europe against the Team World in the Laver Cup 2022. As per the ATP Tour, this will be the first time in Laver Cup history, that the Big Four joining forces and play together in the upcoming fifth edition of the tournament. The Laver Cup 2022 is scheduled to begin this September in London.

Meanwhile, the Wimbledon Championships 2022 winner Djokovic confirmed his participation in the 2022 edition of the Laver Cup on Thursday, with Nadal, Federer, and Murray already confirming their participation.

Djokovic defeated Australian player Nick Kyrgios in the men's singles final at Wimbledon 2022, and earned his 21st Grand Slam title, going ahead of Roger Federer’s tally of 20 Grand Slam wins. On the other hand, the three-time Grand Slam winner Murray heads into the Laver Cup after reaching the quarter-finals of the Hall of Fame Tennis championships.

How did the fans react to the Big Four playing together?

Maybe Djokovic and Nadal should have to play one handed backhands or something to give the other team a chance.

This will be fantastic, but Federer and Murray are not favourites against the Team World players.

It would be interesting if we can have the best of the new generation in the world team, so we gotta know if we should turn definitely the page of the old guys or it still too early to happen

It is pertinent to mention that the aforementioned players have arguably had the most decorated careers in tennis history, with the four of them sharing a total of 66 Grand Slam titles among them. While the 2021 season ended with Nadal, Federer and Djokovic tied at 20 Grand Slam titles each, Nadal picked his 21st by winning the Australian Open 2022. He then went ahead to win the French Open 2022 and become the player with the most Grand Slam titles to his name in men's tennis.

On the other hand, Federer has been out of action for over a year now due to an injury and is expected to return to the court during the Laver Cup.

Meanwhile, as per ATP Tour, Djokovic shed his thoughts on the Laver Cup 2022, after winning the Wimbledon 2022 title. “Laver Cup is the only competition where you can have all the big rivals, the 'Big Three', 'Big Four' players joining in the same team. Of course, it is [a] very different and exciting concept for us players, but also for the fans around the world," he said.

This will be the Serb’s second Laver Cup appearance since the inaugural season in 2017. Djokovic was a part of Team Europe in 2018, which won the tournament, despite Djokovic returning with two Match tie-breaks losses. Back then, Djokovic teamed up with Federer in the doubles event, as they went on to lose against Team World's Kevin Anderson and Jack Sock.

READ | Novak Djokovic: US Open bans Wimbledon 2022 champion despite name on entry list
READ | Why 21-time Grand Slam champion Novak Djokovic could be barred from playing at US Open?
SUBSCRIBE TO US