Novak Djokovic will go up against Rafael Nadal in the second French Open 2021 Men’s singles semi-final. Here are the Djokovic vs Nadal live stream details. 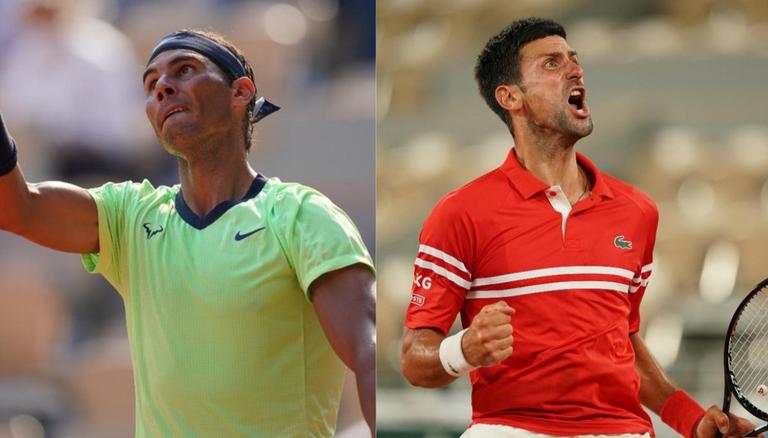 
A semi-final of epic proportions awaits fans as World No.1 Novak Djokovic will go up against World No.3 Rafael Nadal in the second French Open 2021 Men’s singles semi-final. The match is scheduled to begin at 9:00 PM IST (5:30 PM local time) on Friday, June 11, from Court Phillippe-Chatrier. Here are the Djokovic vs Nadal live streaming details, how to watch French Open 2021 live in India, the Djokovic vs Nadal prediction and the head to head stats for the match.

The most enduring rivalry in Men's tennis, the Novak Djokovic vs Nadal French Open semi-final is set to become one of the most momentous matches of this season. With multiple records on the line for both players, this match is one that could be one that could change the GOAT conversation for the time to come. This is because, while Nadal stands a chance to win a historic 21st Grand Slam title, Djokovic could become the first man to complete a double career Grand Slam in the open era and take his Slam count to 19 if he wins the final on Sunday.

As one of only two men to have ever defeated the King of Clay at Roland Garros - back in the 2015 quarter-final - and looking to become the only person to do that twice, perhaps we can expect an Australian Open 2012-esque final on Friday. Djokovic started his 2021 season with a title run at the Australian Open and in Belgrade but did not have the best of times on clay. Meanwhile, 20-time Grand Slam champion, 13-time French Open winner and 4-time defending champion, Rafael Nadal will come into this game with title wins on the clay courts of Rome and Barcelona and with just one set dropped in Paris so far.

How to watch French Open 2021 live in India? Djokovic vs Nadal channel on TV?

The Djokovic vs Nadal channel on TV for Indian audiences will be either Star Sports Select 1 or 2. For fans wondering how to watch the French Open 2021 live in India, the Djokovic vs Nadal live stream will be available on the Disney+Hotstar website and app with a subscription. French Open 2021 updates and live scores will be available on the social media handles and website of the tournament as well as on the ATP and WTA social media/websites.

This will be the 58th career singles meeting between Novak Djokovic and Rafael Nadal. The Djokovic vs Nadal head to head currently stands at 29-28, just slightly in favour of the Serbian. As is expected, both players dominate over each other on their surfaces of choice - with Novak Djokovic holding a massive 20-7 advantage on hard courts and Nadal having won 19 of 26 meetings against the Serb on clay. The pair stand at an equal 2-2 on Grass Courts. The last two matches between the pair - both finals, both on clay - have gone Nadal's way.

This will be one of the most difficult games to predict this season. While all stats point to a relatively simple for Rafael Nadal, the fact remains that Djokovic will not go down easy. After last year's humiliating defeat, the World No.1 will fight to keep his place at the top of the ATP rankings and give himself the best chance to win this match. Also different from last year's final will be the fact that Djokovic will come into this match well-rested and with no excuses for a bad performance. However, even at his best, we predict that the Serb will not be able to take more than a set off Nadal as he cruises to a victory.