Djokovic vs Sandgren live: World No.1 will begin his Roland Garros campaign on Tuesday night and here's how one can watch him live in action. 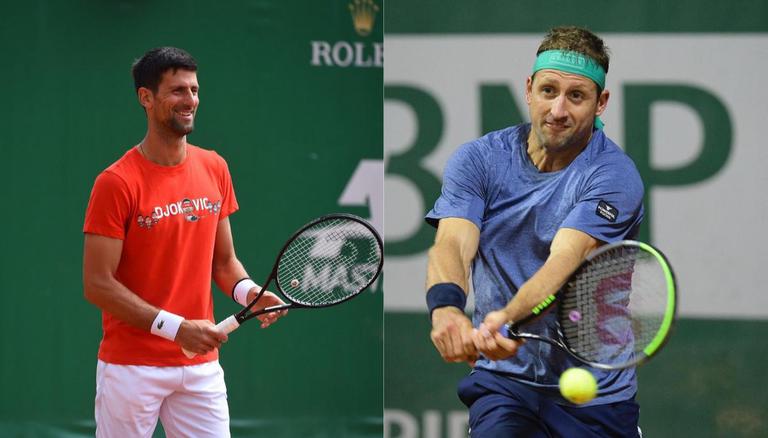 World No.1 Novak Djokovic will begin his French Open campaign on Tuesday night when he takes on Tennys Sandgren in his round one clash. The match will be played at the Court Philippe-Chatrier and will begin at 12:30 AM IST on Wednesday, June 2. Here's a look at the French Open channel in India, French Open 2021 live streaming details and the Djokovic match time in UK.

Novak Djokovic will hope to cut the gap in the Grand Slam chase to Roger Federer and Rafael Nadal as he begins his French Open campaign on Tuesday night. The World No.1 will take on Tennys Sandregen in Round 1 and will be the favourite to progress. The American, however, has taken down top players on the big stages previously, evidenced by his runs to the 2018 and 2020 Australian Open quarter-finals.

In 2018, he defeated Stan Wawrinka and Dominic Thiem, while in 2020 he took down Matteo Berrettini and held seven match points against Roger Federer. Meanwhile, Djokovic owns a 20-3 record this season, including a record-extending ninth Australian Open title and a run to the Internazionali BNL d’Italia final while he also lifted his 83rd tour-level title at the Belgrade Open. Djokovic and Sandgren have competed thrice previously, with the Serbian winning all three games with the latest coming in the Round of 16 at the 2020 Cincinnati Masters.

Djokovic match time in UK: Where to watch Djokovic vs Sandgren live in UK?

For fans wondering where to watch French Open live stream in UK can do so via the ITV Hub. The French Open live stream in UK can also be seen on the Eurosport player. If fans in the UK are interested in having access to Eurosport Player, it costs £6.99 per month or £39.99 a year. For fans wondering how to watch French Open live in UK can do so on ITV, the official French Open UK channel. Eurosport will also show live coverage of the tournament on their channels. Eurosport is available via Amazon Prime Video. Meanwhile, the scores and updates of Djokovic vs Sandgren live can be seen on the ATP website and the official social media handles of the ATP. The match will begin at 8:00 PM BST on Tuesday.

French Open 2021 live streaming: How to watch Roland Garros live in US?

The Roland Garros live telecast will be available on either NBC, NBCSN, Tennis Channel or Peacock. Matches on NBC, NBCSN and the Tennis Channel can also be streamed on fuboTV, which offers a free seven-day trial. The match begins at 3:00 PM EST in the United States.

Indian fans who want to watch the French Open 2021 live broadcast this year can do so via the Star Sports Network. Additionally, it will also be available to stream on Star Sports via the Disney+ Hotstar platform. That being said, the live scores and all other updates will be available via French Open's website and other social media handles. To use Disney+ Hotstar, one will have to choose a subscription plan that suits them.