Does Rafael Nadal Drink Coffee? Tennis Legend Reveals How He Keeps Himself Hydrated

Rafael Nadal's potentially historic French Open 2021 run has gotten off to a perfect start, with straight-set wins over Alexei Popyrin and Richard Gasquet. 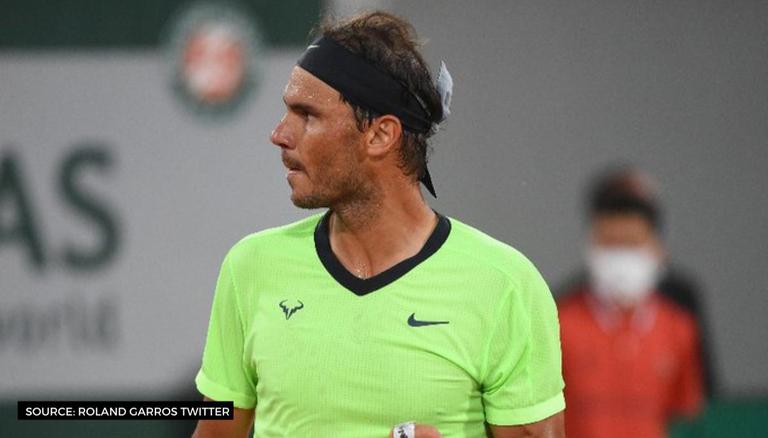 
The Rafael Nadal French Open 2021 run has gotten off to a perfect start, with straight-set wins over Australia's Alexei Popyrin and local favourite Richard Gasquet. Now into Round 3, the King of Clay will meet British challenger Cameron Norrie on Saturday, June 5. Aiming for a men's record of 21 Grand Slam titles, Nadal - a 13-time winner at Roland -Garros and currently the 4-time defending champion - is the undoubted favourite to take the crown. So, what fuels the Spaniard to keep up with the demands of his hectic schedule?

Brewing something exciting as the new global partner of @amstelultra and #Amstel00 my choices to fit my balanced lifestyle.
More to come soon! #AmstelULTRA #EnjoyResponsibly pic.twitter.com/2n5wGJBNZq

The Rafael Nadal diet: What does the King of Clay eat?

Unlike other sports stars, Nadal's diet is not a fussy one. During a 2016 cooking demonstration with chef Marcus Samuelsson, Nadal said that his ideal in-competition meals always consist of seafood. A true blue Mediterranean, it is no surprise that Rafa prefers to have a seafood-rich diet. He is also an avid chef and seems to cook whenever he gets time - with multiple pictures on his social media profile serving as evidence of his love for cooking and eating.

According to reports in Forbes and Business Insider, Rafa's diet includes everything from steamed fish to shrimp dumplings. He once said that he loves eating olives because of the health benefits while admitting that it probably wasn't healthy to eat as many olives as he ate in a day. Sticking to his no-fuss mantra, Nadal has confessed that he loves indulging himself in really rich but slightly unhealthy treats like chocolate and the popular Spanish dish Paella.

As with any balanced diet, he also eats a good amount of fruits and vegetables in his diet. The Spanish star is known to rehydrate by drinking lots of water, hypotonic beverages like Recuperat-ion Sport and filtered seawater. He has also been seen indulging in the occasional cocktail. He is not a huge advocate of caffeinated drinks like coffee or tea but does drink them from time to time. Despite the more indulgent Rafael Nadal diet, starsunfolded.com reports that the answer to the question, "What is Rafael Nadal weight?" is a healthy 85 kg.

According to reports, Rafael Nadal owns two residential properties - his official residence in Mallorca and a vacation home in the Dominican Republic. A highly private person, Nadal has not shared any pictures of his houses. However, it is believed that both properties have stunning sea-facing views with pools and luxurious interiors. Nadal’s mansion in Mallorca is valued at around $1.5 million while his luxury villa in the Dominican Republic is worth a whopping $2 million.