'Don't Know How Much Longer I Will Be Around Tennis': Nick Kyrgios Hints At Retirement 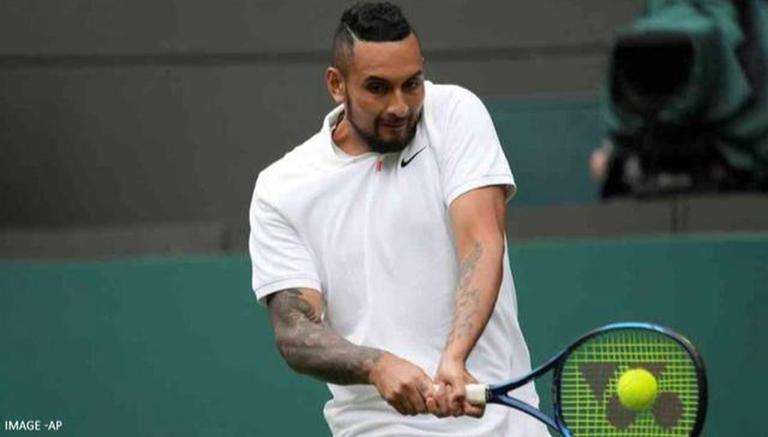 
Australia’s Tennis sensation Nick Kyrgios has once again hinted at retirement plans from the game, stating that this year's Laver Cup would most likely be his penultimate one and admitting that his season is done. He is competing for Team World in the Laver Cup in Boston, where Kyrgios was defeated 6-3, 6-4 by world No. 3 Stefanos Tsitsipas, before falling 7-6, 10-8, 6-3, 10-4 in doubles against Tsitsipas and Andrey Rublev while partnering John Isner.

He was clear in his intents when it came to discussing his ambitions for the season and thereafter. Kyrgios believes he will have nothing left to prove to himself in five years and may quit.

He hinted about his retirement from all tournaments for the remainder of the year, stating he was tired of being on the move and wished to spend more time with his ill mother.

"Definitely this is my last event of the year. I need to go back home. I've been travelling for four and a half months now. My mum is not doing too well with her health. I'd like to go back and see her. As long as I'm on the court I'll try and give my best but I'm not going to lie and say I plan to play for four or five more years on tour, that's just not me,” said Nick Kyrgios.

I feel like I've got nothing left to prove to myself, says Nick Kyrgios

Nick Kyrgios also stated he didn't feel compelled to demonstrate himself by accumulating points or looking for plaudits, and that he was quite happy with his accomplishments.

"I'm not one of those players that's going to go hunting for points or hunting for accolades. I feel like I've got nothing left to prove to myself. I'm incredibly proud of what I've achieved. Obviously, I'll get my body right and I'll start my pre-season, spend time with my family for the Australian Open, and then go from there," added Nick Kyrgios.

His current ranking of 95th is his worst since June 2014, when he was rated 144th in the globe before storming to the quarterfinals at Wimbledon on his first appearance. One of the most memorable victories in his career came in the fourth round of the tournament when he defeated one of the world's best players, Rafael Nadal.

WE RECOMMEND
Novak Djokovic lashes out at controversial Nick Kyrgios after being called a 'Tool' by him
Nick Kyrgios plans to take up another sport after retirement and it is NOT basketball
US Open 2021: 'Angry' Nick Kyrgios bows out of tournament in first-round meltdown
Nick Kyrgios reveals shockingly, arrogant reason behind skipping French Open 2021
Nick Kyrgios lashes out at team member's girlfriend, orders her to move from his box
Listen to the latest songs, only on JioSaavn.com