While Roger Federer's withdrawal announcement has received mixed reactions, he has the full support of one of the biggest names in the game - Andy Murray. 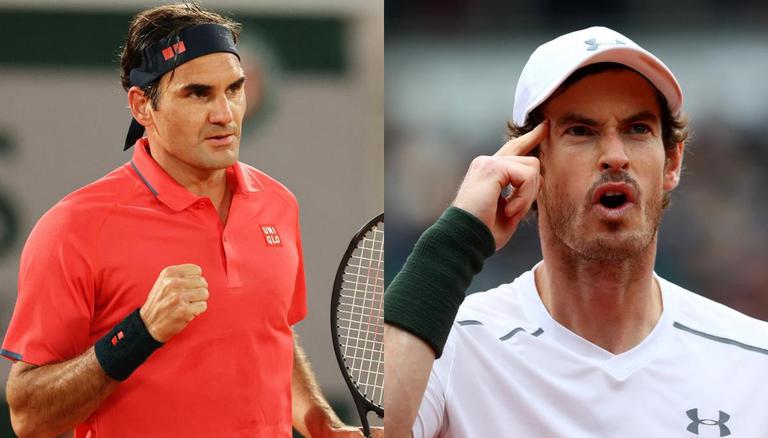 
After an early exit by two-time finalist Dominic Thiem, the French Open 2021 is set to move on without the presence of 2009 champion and 4-time finalist, Roger Federer. Having defied all expectations - perhaps even his own - by making it to Round 4 of the Slam, the Swiss Maestro announced late on Sunday, June 6, that he would be withdrawing himself from the French Open 2021 due to injury concerns. While the announcement has received mixed reactions, Federer has the full support of one of the biggest names in the game in recent years - Andy Murray.

In Basketball, football etc when returning from injury players are given reduced minutes to build up their fitness. In tennis you don’t have that luxury of just playing a set in first match then 2 sets the next etc and building up that way.

Why did Roger Federer withdraw from French Open 2021?

According to the latest Roger Federer injury update, the 8th seed and 20-time Grand Slam champion pulled out of the French Open 2021 due to fears that he may exacerbate the knee injury that has been troubling him for the last few years. Having missed out on more than a year's worth of play due to two back to back knee surgeries, Federer's return to the ATP circuit has been less than impressive. With early exits from the Qatar and Geneva Opens, the legend came into the French Open with almost no match time and little hope for a win.

However, his near-perfect game against Denis Istomin and gutsy four-setters against Marin Čilić and Dominik Koepfer meant that he has set up an interesting meeting with Italian firebrand Matteo Berrettini in Round 4. A win in this game would have potentially set Federer up for a meeting opposite longtime rival Novak Djokovic. But it seems that the Swiss legend has already set his heart on the upcoming Wimbledon Championships, where he perhaps believes that he has a better chance of going all the way, hence his decision to withdraw from Roland Garros and preserve his health.

READ | Roger Federer withdraws from French Open 2021; says 'I need to listen to my body'

Taking to Twitter after praising Roger Federer for his impressive performance at the French Open 2021, Andy Murray said that he fully supports the former's decision to withdraw from the French Open owing to health reasons. While Murray has been supportive of the 39-year-old's decision and efforts on the court, others have pointed out that his decision was unfair to his opponent, the organizers, a junior player who could've benefitted from this spot and to fans. However, Murray's defence made use of a good example from other sports such as basketball and football.

The UK tennis star pointed out that most group sports allow players returning from a long injury hiatus to ease back into competition, playing little bits of a match at a time. However, with a game like tennis, where this isn't possible, throwing yourself back into long matches after having missed for so long could have a negative effect on rehabilitation. Here is the full Andy Murray on Roger Federer Tweet:

Id argue that it’s quite risky to play multiple 4hr matches in a row in your 2nd tournaments back in 18 months so to me it makes sense to be reactive based on how your body feels, length of matches etc. Sensible decision from him