Roger Federer will go up against Germany's Dominik Koepfer in a Round 3 match of the French Open 2021. Here are the Federer vs Koepfer live stream details. 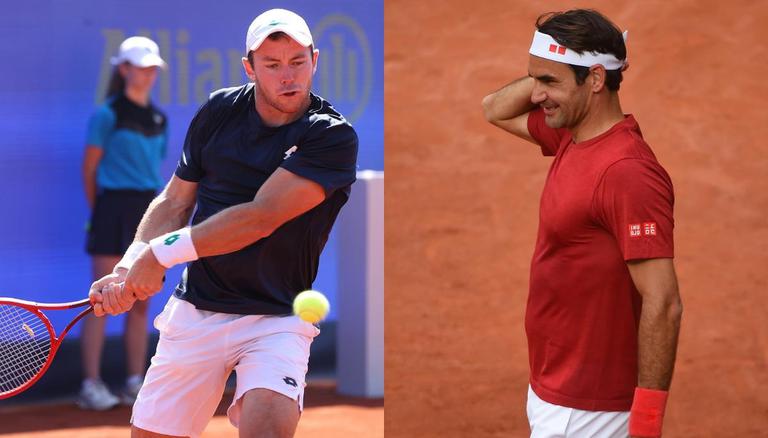 
World No. 8 Roger Federer will go up against Germany's Dominik Koepfer in a Round 3 match of the French Open 2021. The match is scheduled to begin on Saturday, June 5, from either Court Phillippe-Chatrier, Simonne-Mathieu or Suzanne Lenglen. Here are the Federer vs Koepfer live streaming details, how to watch French Open 2021 live in India, the Federer vs Koepfer prediction and the head to head stats for the match.

Jumping into the new week🤩🐰🪄 pic.twitter.com/1zgWHTRbI3

An exciting game awaits fans as youngsters Roger Federer and Dominik Koepfer face off in a Round 3 match at the French Open 2021. It's been an interesting year for Federer who has been unimpressive since his return to the fold. His Doha campaign ended disappointingly early as he was defeated by Georgia's Nikoloz Basilashvili in his second match while his run in Geneva ended even sooner, as he was sent back after his very first match against Pablo Andujar.

Considering that this is the background to the Roger Federer French Open 2021 run, the Swiss Maestro has actually performed beyond what was expected of him, beating Denis Istomin in straight sets and Marin Čilić in four, to go into Round 3 of the Slam. The Roger Federer French Open record - four finals and one title - will give him an edge in this match despite his poor form. A title win, however unlikely, will make Federer the first man in this generation to complete a double career Grand Slam and earn him a record 21 Slam titles.

READ | Slowing down? Federer says no as he advances at French Open

Meanwhile, World No. 59 Dominik Koepfer, will hope to pull off another big upset at the French Open 2021 by pulling through to the fourth round of the event in what would be a personal best for him. The 27-year-old has had an average year, with his most impressive performance coming at the Mexican Open, where he made it to the semi-final. He ha defeated Mathias Bourgue and the much higher-ranked Taylor Fritz to reach this stage of the Slam.

French Open live broadcast in India? Where to watch Federer vs Koepfer live?