French Open 2021 Men's Singles Prize Money: How Much Will The Winner Receive? 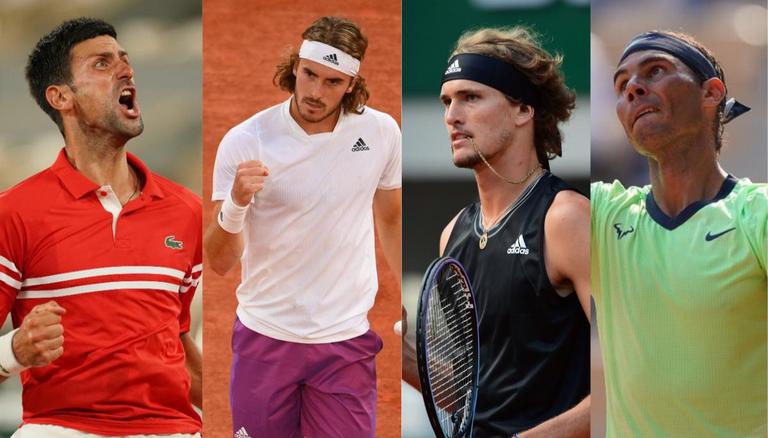 
The 2021 French Open men's singles final is set to be an exciting affair, with semi-final 1 seeing youngsters Alexander Zverev and Stefanos Tsitsipas going up against each other and semi-final 2 seeing veterans Novak Djokovic and Rafael Nadal fight it out for a place in the final. There will be records on the line for all four men on Sunday, as Rafa aims for a 21st Slam, Djokovic for a 19th and Zverev and Tsitsipas for their first. As the French Open final draws closer, we take a look at the French Open prize money for this year and answer the question of "how much will French Open winner earn?"

Despite the huge drop in revenue from ticketing and sponsorship, the French Open 2021 Men's singles prize money is expected to remain almost the same as the amount offered in 2020. The tournament's total prize fund of €34,367,215 should be divided equally among Men and Women's singles and doubles players as well as mixed doubles participants. The amount has seen a reduction of 10.53% from last season, which in itself saw a considerable drop in prize money amount.

Guy Forget, Tournament Director at Roland-Garros stressed the organisation's unending support for lower-level players - a major talking point in the world of tennis, especially now with the pandemic. Ahead of the Slam, Forget said, "In light of the current situation, we are proud to have once again opted for a philanthropic prize fund, which allows us to support the players who have been severely affected by the COVID-19 crisis, financially speaking."

This means that the French Open prize money for singles players who fail to move past Rounds 1 and 2 will not take any hits, with the players at the top bearing the brunt of the cutbacks. This is done to ensure that junior players can actually afford to house themselves and travel around to competitions, as tennis players must pay for their own living costs on the tour. With this in place, early losers in the tournament will take home €60,000 (R1) and €84,000 (R2) respectively.

WE RECOMMEND
Rafael Nadal 2020 review: 20th Grand Slam, 1000 match wins cap off year of little play
Rafael Nadal net worth: How much did the French Open champion earn from tennis in 2020?
Rafael Nadal shows off abs while relaxing in Spain, netizens go berserk on social media