Coco Gauff will have to wait longer to achieve her dream of winning a first Grand Slam title as she was outclassed by Iga Swiatek in the French Open final. 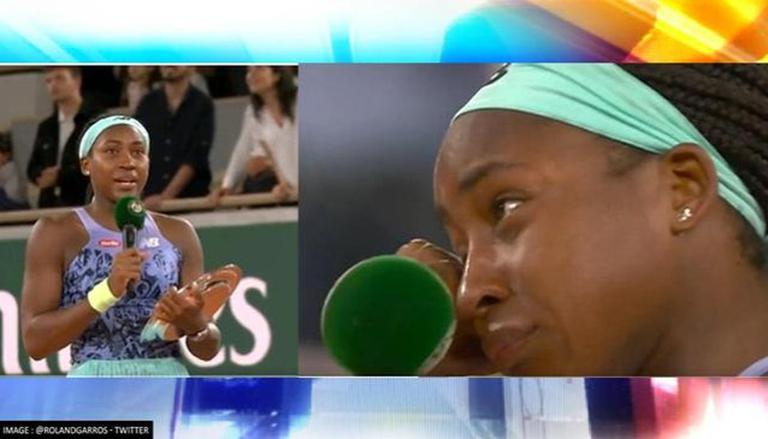 
18-year-old Coco Gauff will have to wait longer to achieve her dream of winning a first Grand Slam title as she was outclassed by world no. 1 Iga Swiatek on Saturday, June 4, in the French Open 2022 final. The Polish star defeated her American opponent 6-2, 6-3 to lift her second Grand Slam title and her second in Paris in three years. Following a devastating loss, Gauff fought back tears and lauded Swiatek for her remarkable winning run.

While speaking in her post-match interview, an emotional Coco Gauff, who reached her first Grand Slam final, said, "This is a first time for me, so I'll try to get through this. Congratulations Iga, what you have done these past few months has been amazing. Hopefully, we can play many finals, and I can get a win on you one of these days."

Prior to their battle in Paris, Swiatek had also defeated Gauff in both the matches they played against each other earlier. The Pole defeated the American 7-6(3), 6-3 in Rome in 2021 before following that win with another 6-3, 6-1 victory in Miami this year. After congratulating Swiatek, Gauff began to thank her team for all their support and also had tears in her eyes, as seen in the video below.

"I'd like to thank my team. I'm sorry I wasn't able to get this one today. But thank you guys for always supporting me. Hopefully, this is the first final of many. I appreciate you guys a lot. You have helped me through so much this year. Thank you to you guys [in the crowd] who supported me even when I was down. Even when I was down match points you guys cheered me on, and that means a lot, so truly, thank you," added Gauff.

While Gauff lost the women's singles final, she will have an opportunity at redemption as she will take to the courts on Sunday, June 5, to compete for the French Open 2022 women's doubles title. She and her partner Jessica Pegula will face the French duo of Caroline Garcia and Kristina Mladenovic.